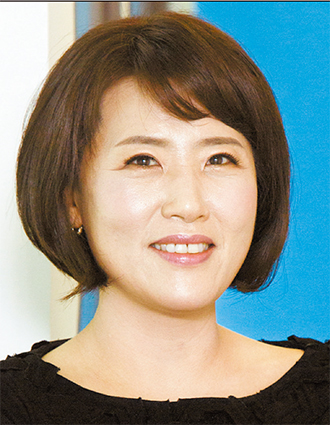 Although Twitter started offering a Korean language service in January 2011, it took nearly two years to establish a Korean unit.

In an interview with the JoongAng Ilbo, 45-year-old Twitter Korea President Soh Young-sun said the late entrance was an attempt to erase a public perception that Twitter is “too politically biased.”

“We wanted to initiate a brand new content- and media-oriented service,” said Soh, a former head of BBC Worldwide Korea. “According to an analysis of shared tweets, a majority of them are about entertainment like films, music and sports, and political tweets are found far less.”

Twitter started in San Francisco in 2006 and delivers 500 million tweets a day in 30 languages, including Korean.

Since Twitter started offering a Korean language service, it has played a prominent role in shaping public opinion on political events like the Seoul mayoral election.

Soh said political tweets seem a lot more political than they actually are, because they spread fast and are reproduced because of their sensitivity. Soh also explained that of the 20 Twitter users with the largest number of followers, 19 are celebrities.

Soh also denied that Twitter has failed to define its business model and its users. “The number of smartphone users is growing and so is the number of mobile Twitter users,” she said, adding that mobile users have been increasing 37 percent each year.

Twitter Korea is expected to attract more users this year with events like the Sochi Winter Olympics, domestic elections, the Brazil World Cup in June and the Incheon Asian Games in September.

“We are expecting to form a partnership with Korean media outlets in various fields, including music, sports, entertainment and news,” So said.