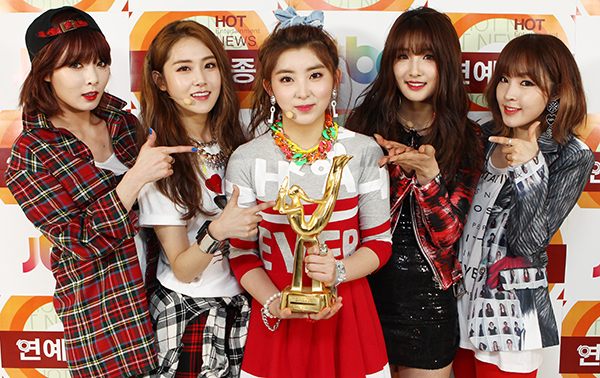 With the release of a teaser image by the group’s management yesterday, popular girl group 4Minute has officially announced their comeback date will be March 17.

Cube Entertainment revealed a simple image of a calendar with a large, sparkling “17” in the center.

The upper right of the image was blurred out by a mosaic, generating curiosity about what is written there.

The group’s fifth mini-album will be titled “4Minute World,” and its lead-off single reportedly will once again be crafted by Korea’s acclaimed producer Brave Brothers.

Local media is also reporting that the group’s five members - Kim Hyun-A, Nam Ji-hyun, Huh Ga-yoon, Jeon Ji-yoon and Kwon So-hyun - were more active than ever in putting together this latest release.

The group has finished the recording and photo sessions for the album’s artwork and is currently putting the finishing touches on the EP.