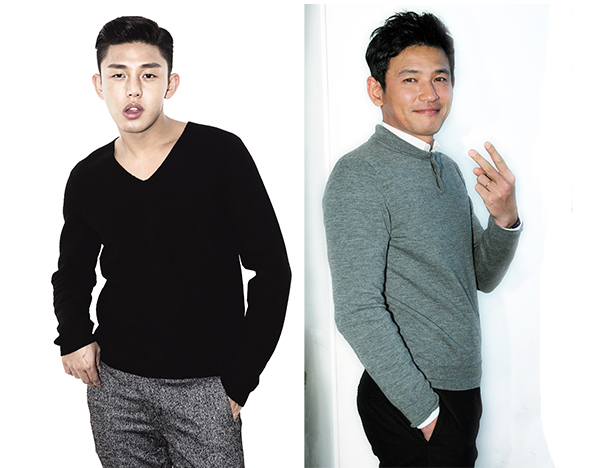 One of Korea’s most popular action directors, Ryoo Seung-wan, has reportedly settled on most of the cast for his newest project, a crime-thriller titled “Veteran.”

Seasoned actor Hwang Jung-min will reportedly play a detective in the film, and rising star Yoo Ah-in will be a young millionaire who comes into conflict with him, according to local reports yesterday.

Yoo rose to fame in the 2010 TV series “Sungkyunkwan Scandal.”

The model Jang Yoon-joo will also make her movie debut in the film, apparently, taking a strong supporting role.

Ryoo made a striking debut on the movie scene with the ultra-low-budget action film “Die Bad” in 2000. His most recent film, “The Berlin File,” was the fifth-biggest movie in Korea last year, earning more than 52 billion won, or about $50 million.

“Veteran” is scheduled to hit local theaters in the latter part of the year.