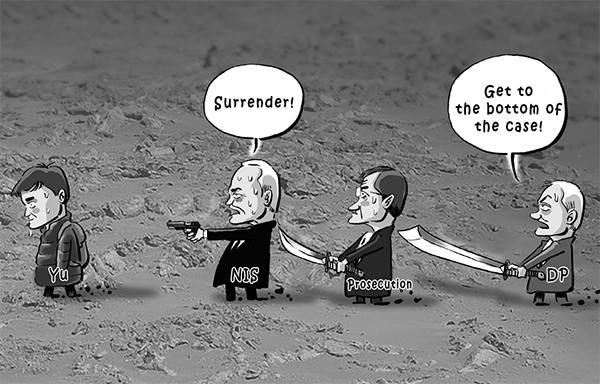 After the National Intelligence Service denied its alleged forgery of documents about the entry-and-exit records from North Korea by Yu Wu-seong, a former North Korean defector who was employed by the Seoul city government and has been charged with spying by the NIS, the opposition Democratic Party is pressuring the prosecution to thoroughly investigate the case.