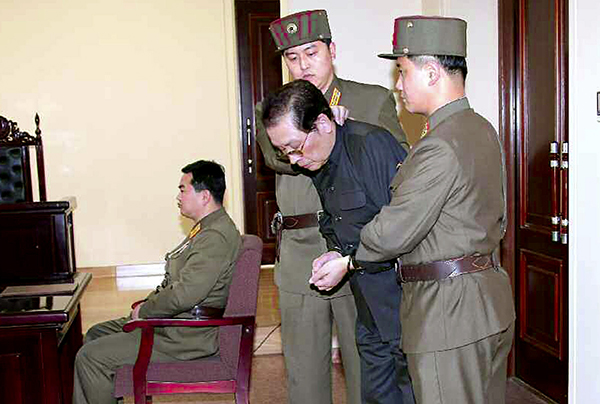 “The hottest places in hell are reserved for those who in times of great moral crisis maintain their neutrality.”

American best-selling writer Dan Brown’s newest novel “Inferno” is inspired by the “Divine Comedy.” The book begins with this message from the “Divine Comedy,” though the sentence can’t be found in Dante’s poem. They were actually U.S. President John F. Kennedy’s words that were attributed to Dante, and the quotation is an epitaph for conscience and action.

Dante was an Italian poet, politician and administrator. Born in Florence in 1265, he wrote the epic poem “Divine Comedy.” It is about his journey through Hell, Purgatory and Paradise. As he traveled through the, Dante warned of the karma in this life. He emphasized how important it is to stand up against evil and wrongdoing.

What is the great moral crisis for Koreans? It could be the “human rights inferno” in North Korea. Human rights are universal values that transcend borders. The human rights situation there is a serious problem for people around the world, especially Koreans. These 25 million North Koreans are our brothers and sisters.

Strangely, the international community is more active in protecting human rights in North Korea than South Korea. In 2014, the world was hit with two shocking pieces of news. The first was the execution of Jang Song-thaek, the powerful uncle of Kim Jong-un. The other was the UN report, in which the Commission of Inquiry (COI) advised the United Nations to bring those responsible for the atrocities in the Communist state to justice in an international tribunal. The New York Times went further and demanded Kim Jong-un be brought to justice. These changes are very meaningful. Sixty-six years after the establishment of the Communist regime in North Korea, the international community is gearing up to punish its crimes.

American leaders are also pressuring criminals that persecute human rights. U.S. Secretary of State John Kerry denounced North Korea as “an evil place.” The situation becomes quite serious when an U.S. leader mentions “evil.” In fact, most of the regimes that the United States defined as “evil” have crumbled.

In March 1983, U.S. President Ronald Reagan called the Soviet-led Communist bloc the “Evil Empire.” While Reagan had talks with the Soviet Union, his ultimate strategy was to bring an end to it. Reagan urged Soviet President Mikhail Gorbachev to tear down the Berlin Wall, and in the end, the wall came down and the Evil Empire dissolved.

Former U.S. President George W. Bush also attacked evil when he defined three countries as the “Axis of Evil” in January 2002. It included Iran, Iraq and North Korea. The term Axis of Evil came from the Evil Empire and the Axis Powers during World War II - Germany, Italy and Japan. The Saddam Hussein regime in Iraq has been ousted since then, and Iran has accepted America’s demands. But North Korea’s fate is still drifting in the fog.

The act was not passed because of the Democratic Party’s opposition. The Democratic Party argues that assistance for North Korea should be included, and the act should be a law for North Korean welfare. However, it is risky and unreasonable. General assistance such as food, aside from aid for children and pregnant women, could be easily exploited by the North Korean regime. This help should be provided under the discretion of the government. We already have three acts related to assistance and aid. But the Democratic Party seems to have another motive. They may be concerned that the human rights movement could damage their so-called Sunshine Policy. However, it is quite unethical considering the human rights inferno in the North.

Edmund Burke, considered the founder of modern conservatism, once said, “The only thing necessary for the triumph of evil is for good men to do nothing.”

The good people of the Democratic Party should listen to the calls of Burke, Bonhoeffer and Dante.