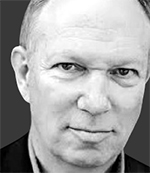 NEW YORK - Japanese Prime Minister Shinzo Abe is once again stirring Asia’s cauldron of national rivalries and historical resentments. This time, he has instructed a committee of historians to re-examine the official apology delivered in 1993 to World War II-era sex slaves held in Japanese military brothels. It is clear from various recent statements that some of Abe’s closest advisers believe that the apology was not in order, so the committee might well conclude that Japan was never officially involved in prostitution, and that its “sincere remorse” should therefore be withdrawn.

What perverse reason could Abe have for pursuing such an outcome?

Glossing over, or denying, dark chapters of national history is not unique to Japan, of course. There is no room for Stalin’s mass murders in the kind of “patriotic” education favored by Russian President Vladimir Putin. And the Tiananmen Square Massacre, to name but one bloody event in China’s recent past, has been officially forgotten.

Still, Japan is a democracy, with freedom of expression. The official apology made in 1993 was prompted by a Japanese historian’s discovery of documents showing that the Imperial Japanese Army had been directly involved in setting up, though not necessarily in running, what were known as “comfort stations.” One of the official reasons was that widespread rape of Chinese women by Japanese soldiers was provoking too much resistance among the local population.

Various means were used to stock the brothels with young women. But, because there was no escape, the women, once ensnared in the system, were effectively slaves.

This has been officially admitted, so why reopen the ghastly business now, at a time when rescinding the apology would make Japan’s already-strained relations with China and South Korea many times worse?

If Abe and his allies were cosmopolitan in their outlook, with a deep understanding of, or concern for, other countries, the decision to revisit the 1993 apology would indeed be extraordinary. But, as is true of many political leaders, especially on the nationalistic right, they are chauvinistic provincials whose concerns are almost entirely domestic. In their efforts to revise the historical record, they are not really thinking of Koreans or Chinese, but of political adversaries at home.

The views of the Japanese on their country’s wartime history are deeply divided, reflecting political battle lines drawn in the immediate aftermath of the war, when Japan was under Allied occupation. The United States, which ran the occupation, was keen to reform Japanese society in such a way that another war would be unthinkable. Worship of the emperor was abolished, though Hirohito remained on his throne. Education was purged of all militaristic and “feudal” elements, including favorable references to the samurai spirit. A new pacifist Constitution, written by the Americans, banned the use of armed force. And Japan’s wartime leaders were tried in Tokyo by Allied judges for “crimes against peace” and “crimes against humanity.”

Most Japanese, heartily sick of war and military bullying, were happy to go along with all of this. But there was always a right-wing minority that felt humiliated and resentful of the loss of national pride and, more important, national sovereignty, for Japan’s security would henceforth have to depend entirely on the protection offered by the United States.

One of the main leaders of this group of disgruntled nationalists was Nobusuke Kishi, Abe’s grandfather. Kishi’s aim was to regain Japanese pride and sovereignty by revising the constitution and reviving old-fashioned patriotism, thus undoing some of the American educational reforms. He failed, because most Japanese were still allergic to anything that smacked of militarism.

Until not long ago, there was a strong left-wing current in education and some of the media that used Japan’s horrendous wartime record as an argument against any kind of revisionism. But, as long as the Japanese left used history to make this political argument, the nationalists pushed back by claiming that stories of wartime atrocities had been greatly exaggerated.

Books about the infamous Nanking Massacre of 1937, or the enslavement of “comfort women” in military brothels, were denounced as “historical masochism” or dismissed as “the Tokyo Trial View of History.” The left was accused of being complicit in spreading foreign - Chinese, Korean or American - propaganda.

This, then, is the modern Japanese version of populism: the “liberal elites,” by falsifying the history of Japan’s glorious war to “liberate Asia,” undermined the Japanese people’s moral fiber. Because the ideological collapse of left-wing politics in Japan has been as precipitous as in much of the Western world, the so-called liberal elites have lost much of their former influence. As a result, the voice of the nationalist right has grown louder in recent years.

That is why Abe can get away with appointing cronies to the board of NHK, the national broadcasting company, who openly claim that the military brothels were an entirely private enterprise and that the Nanking Massacre was a foreign fabrication. Historical truth is not the point; political mastery is.

Japan’s prime minister is playing a risky game. He is upsetting allies in Asia, embarrassing the United States, and making bad relations with China even worse. Like Putin, he is driving himself and his country into further isolation for entirely domestic reasons. In a region increasingly dominated by Chinese power, he will be without Asian friends.

And that is where Abe’s behavior becomes truly perverse. After all, a Japan that is isolated in Asia will be even more dependent on the United States, the wartime victor, which Abe and his nationalist allies hold responsible for the postwar order that they seek to revise.

*The author is a professor of democracy, human rights and journalism at Bard College and the author of “Year Zero: A History of 1945.”