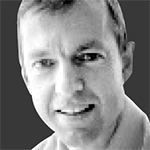 BRUSSELS - The euro crisis seems to be largely over. Risk premiums continue to fall across the board, and two countries - Ireland and Portugal - have already exited their adjustment programs. They can now finance themselves in the market, and their economies seem to have started growing again.

By contrast, Greece is still having problems fulfilling the goals of its adjustment program and is engaged in seemingly endless negotiations over yet another multilateral financing package. The problem can be summed up in one word: exports (or, rather, lack of export growth). The news from Greece these days has been dominated by the announcement that the government achieved a primary budget surplus (the fiscal balance minus debt service) in 2013. For the first time in decades, the Greek government has been able to pay for its expenditure with its own revenues.

This is indeed a milestone. But another, much more important news item has received much less attention: Greece exported less in 2013 than in 2012.

This lackluster performance, which followed years of decline in market shares, is difficult to explain given that all other countries on the euro zone periphery recorded solid export growth. For example, Portuguese exports increased by about 5 percent to 6 percent per year over the last years, despite challenging external conditions (Spain is its biggest market) and a credit crunch, which made it difficult for exporters to obtain financing.

Neither weak foreign demand nor a lack of financing can be the reason for Greece’s poor export performance. Low competitiveness, too, is not an explanation, as real (inflation-adjusted) wage costs have declined by more in Greece in recent years than in any other euro zone country, with the exception of Ireland.

But it would be strange to conclude from Greece’s experience that wage deflation is a useless tool for improving competitiveness, given the widespread assumption that Germany benefited massively from it. So the only explanation for Greece’s poor export performance must be that the Greek economy has remained so distorted that it has not responded to changing price signals.

This lack of adjustment capacity is crucial. In Ireland, Spain and even Portugal, exports grew strongly when the domestic economy collapsed and wages adjusted. But these countries were already more flexible and, in some cases, undertook strong reforms. In Greece, by contrast, there is no evidence that the many structural reforms imposed by the “troika” (the European Commission, the European Central Bank and the International Monetary Fund) have led to any real improvement on the ground. On the contrary, many indicators of efficiency of the way the government and the labor market work have actually deteriorated.

The facile argument that Greece has little to export is irrelevant here. The problem is not that Greek exports are low, but rather that they have failed to grow, which should have been possible, especially from a low base. Several years ago, Greek exports of goods and services were equal to those of Portugal. Today, Portugal is ahead by almost €20 billion ($27.5 billion). This represents a potential loss of more than 10 percent of output for Greece.

Lack of export growth has thus made the recession in Greece much longer and deeper than it would have been otherwise. If Greek exports had increased at the same rate as those of Portugal (or Spain), the recession would have ended by now.

Moreover, the lack of export growth made the fiscal adjustment much more difficult. Higher exports would not only have yielded directly higher revenues; they would have had a multiplier effect on the domestic economy as well, thereby increasing consumption tax revenues.

Greece now has a balanced current account - quite an achievement after double-digit deficits (as a percentage of GDP) a few years ago. But, in contrast to other economies on the euro zone periphery, this improvement was achieved entirely through import compression.

This implies that there cannot be any hope for a sustained recovery unless exports start growing. It is often argued that with less austerity, domestic demand would be stronger. That might be true, but stronger domestic demand would lead to higher imports, which would need to be paid for with higher export revenues, because the country cannot afford to accumulate more foreign debt. No exports, no growth: Greece’s debt sustainability ultimately depends on this key parameter.

What went wrong in Greece was not the fiscal adjustment. On the contrary, austerity was perhaps too successful (and painful). But it was the wrong target.

The really important target for any country starting an adjustment program with a double-digit current-account deficit must be export growth. Missing this target is what has set Greece apart.

Unfortunately, there is very little the outside world can to do to ensure that the Greece exports more. But, in the end, it is how reform is applied on the ground, and how the economy responds, that counts. An adjustment program succeeds or fails at home, not in Brussels or Washington.