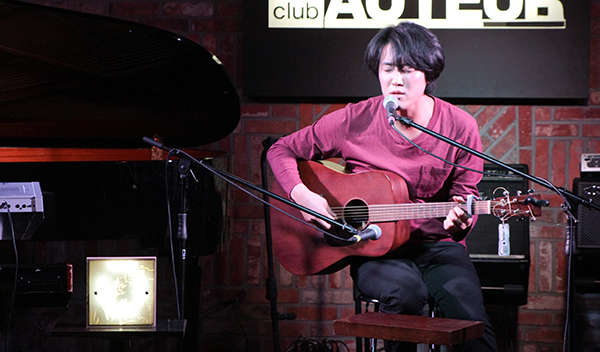 Why do so many Koreans, especially those more than 30 years of age, go gaga over the songs of the late folk singer Kim Kwang-seok?

It’s been 18 years since the artist’s mysterious death - generally thought to be a suicide - and over that time other singers have constantly turned to Kim’s songbook, often rearranging his music in their own style. In recent years, his songs were turned into two musicals, and there’s even a Kim Kwang-seok Road in Daegu, the alley where he lived until he was 5. The walls of the alley are covered in 70 paintings of Kim, and there is also a square where small concerts can be held, usually of Kim’s songs. But these efforts still hardly seem enough when it comes to the iconic singer.

As this year marks the 50th anniversary of Kim’s birth, many musicians who share the love of his songs have gotten together to record a new tribute to the artist. The first volume of “Kim Kwang-seok Hommage - My Song” was released, featuring five covers of Kim Kwang-seok’s songs, and a second EP was released this morning with another five songs. All told, 22 songs by 22 artists have been recorded.

“When I first started this project, I was thinking small,” said Yeom Jong-sung, the producer of the EPs at Paper Records. “But more and more artists joined in, and we ended up with 22 songs of Kim’s.”

Yeom also recorded his own piano arrangement of Kim’s “Please Wait for Me.” 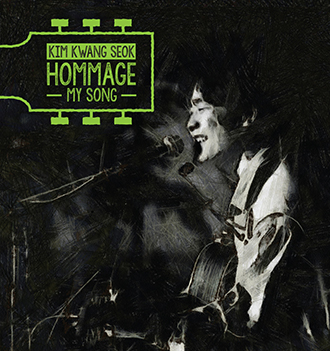 Yeom said the focus of all the musicians was to “express each of our personalities and styles in the songs without harming Kim’s originality.”

“We love Kim for his originality,” said Yeom. “Because it’s so strong, it was very difficult for us to keep the balance between our styles and his originality.”

Although Kim usually recorded his songs with sparse arrangements - typically just him singing, backed by a solitary guitar - the “Hommage” recordings have been done in a wide range of styles, including folk rock, neo folk, ballads, bossa nova, jazz, reggae and even samba.

As all the artists who participated have a strong love of Kim’s music, everyone had songs they wanted to tackle. But to prevent overlap, they picked songs according to artistic “hierarchy.”

Legendary folk-rock singer Han Dae-soo chose “A Story of an Old Couple in Their 60s,” while rocker Kim Jae-hee, who was a member of the rock band Boohwal, picked “The Night Alone.” The two musicians rearranged the songs into folk rock versions quite similar to Kim Kwang-seok’s originals.

“I met Kim many times,” said Kim Jae-hee. “I didn’t want to add any flavors to ‘The Night Alone.’ I just interpreted the song as rock, as that’s my specialty, to show the Kim Kwang-seok as the person I had known closely.”

The singer-songwriter Hi, Mr. Memory, whose real name is Park Ki-hyuk, has a voice that many have compared to Kim. Park picked “Things We Forget,” performing it on just a guitar, like Kim’s original.

“I tried rearranging the song many different ways, like a waltz, jazz and more,” said Park. “But I realized that, in the end, Kim is all about his voice and his guitar. I wanted to express that.”

But other artists made big changes. Jo Dong-hee, who also met Kim before he died, turned “On the Street” into a bossa nova number.

“I think I was one of the lucky ones to pick the song first,” said Jo. “So I went for ‘On the Street’ and rearranged it in a bossa nova style because I wanted to sound like a storyteller. Despite the flood of so many new songs getting released, I feel like there’s no such ‘popular songs’ - those are only ‘hit songs’ that come and go. But Kim’s songs, like other great musicians such as Yoo Jae-ha, are the real ‘popular songs.’ We still sing them today, even though they are from more than two decades ago.”

Other participating musicians include Kim Mok-in who sang “The Unfinished Song,” singer-songwriter Fromm who tackled “The First Day She Cried,” and traditional musician Jung Ma-ri who performed “A Single Love.”

Yeom said that, although there have been many tribute albums to Kim in the past, this homage is different.

“Not only did we interpret Kim’s songs in a diverse genres, we’ve raised the level of quality by having renowned engineer Greg Calbi at Sterling Sound in New York do the mastering,” said Yeom. Calbi has mastered albums for Talking Heads, Patti Smith, Paul Simon and many other big names.

The EPs will also be released as a limited-edition LP record.