Park In-bee to marry in the autumn

Park In-bee to marry in the autumn 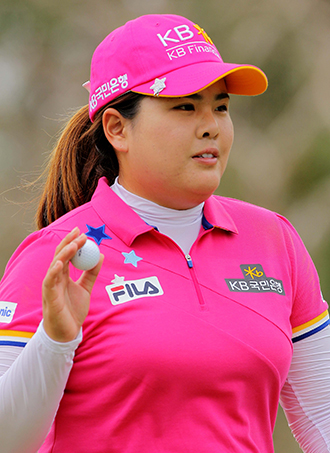 It looks like Park In-bee, the world’s No. 1 woman golfer last year, is going to tie the knot with her long-time boyfriend Nam Ki-hyub next fall in Korea, according to local media yesterday.

“I was planning on having a wedding when the season was over, but since the temperatures might get too low for guests, I decided to have it during the season,” said the 25-year-old Park.

Park and her 32-year-old fiance reportedly will hold their wedding some time between late September and early October, after Park finishes her last major competition, the Evian Championship in France.

The event will be held at Maestro Golf Club in Anseong, Gyeonggi Province, where Nam previously worked.

The couple met in 2007 in California, when Park stayed there for winter training.

After they got engaged in 2011, Nam gave up his career in the Korea Professional Golf Association to work as Park’s manger and a swing coach.

The athlete couple will reportedly honeymoon in the Maldives.