Schools wary of a bad label look to hire consultants

Schools wary of a bad label look to hire consultants 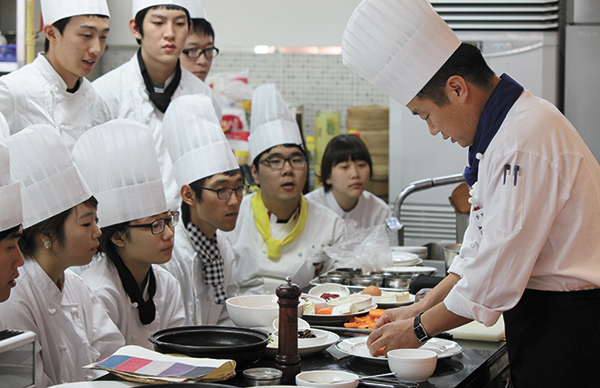 Last August, Mr. Lee, a 54-year-old professor at a local private university, received a call from the school’s president directly after it was labeled by the Ministry of Education as one of 35 higher education institutions that are “poorly managed.”

Lee, who is also a strategy policy team director, was ordered by the president to seek help from an education consulting group.

So he found a private firm and paid 100 million won ($93,700) of the school’s funds for a six-month consultation on how to improve academic quality in the hopes that the institution would be knocked off the government’s list in the next evaluation.

“A couple of billions of won would be lost if word spread that the school was an underperforming school, which would certainly cause a drop in freshman enrollment,” said Lee, who requested that only his surnamed be identified. “Compared to the potential loss, 10 million won was nothing.”

The series of government reforms to rein in the nation’s expansive higher education network has been a boon lately for private education consulting firms; and those in the education sector acknowledge that the more outdated and low quality a school is, the more likely it is to rely on those kinds of services to avoid being labeled as inadequate.

It became especially lucrative for education consulting groups after the government pushed poorly managed schools to come up with self-reform plans.

Once hired, a consulting firm examines the institution’s human resources system, its academic management and its education curriculum.

“We started out as a business consulting firm,” said the director of a private consulting group surnamed Song. “But now, we focus on education consulting services. Depending on the size of the project, we receive at least 10 million won and up to 500 million won per case.”

Education observers say these firms claim to provide specific blueprints for improving a school’s academic quality and reputation so it won’t be singled out in the government’s assessment.

The fact that the Education Ministry does not divulge point-by-point explanations as to why the schools are placed on the list only adds to the anxiety felt by school board officials who often resort to seeking those services anyway.

But despite rising demand, some question whether such services are worth the cost, which largely comes out of students’ tuition.

“We paid 300 million won last year [to a consulting firm] because we didn’t know what to improve or fix,” said Lee Pil-hwan, deputy director of academic affairs at Keimyung University in Daegu.

“But assessments given by the firm were arbitrary at best,” he added, noting that the firm’s employees only had a 30-minute talk with school officials during the 300 million won project.

Higher education officials argue that the Education Ministry should give more detailed explanations for its evaluations, as well as recommended reforms for schools, particularly considering the heavy implications the label could have. That way, they say, schools can prevent wasting students’ tuition.

“The Education Ministry does not give us reform plans to take, merely saying we have problems damaging the quality of our classes,” said the director of a policy team at a private four-year college in South Chungcheong, who requested anonymity. “I do hope that education officials provide us with more concrete reform guidelines.”

Meanwhile, as many higher education institutions nervous about being branded scramble to find ways to avoid disgrace, a high number of schools are also running special project teams in an effort to win government projects. To encourage competition among regional schools, the ministry is planning to give 203.1 billion won in subsidies to 70 schools located outside of Seoul and Gyeonggi.

“If we are to receive just a fraction of the subsidies - say 3 billion won - that is equivalent of tuition paid by 400 students,” said Kim Hong-seok, the director of the school’s policy team. “It is not too much to say we have put our lifeline on this project.”