Kim Jang-hoon to perform in Milan for Expo 2015

Kim Jang-hoon to perform in Milan for Expo 2015 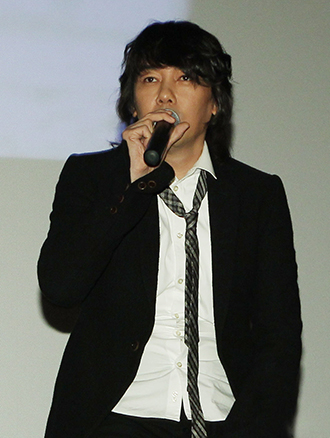 Korean singer Kim Jang-hoon will perform at the opening ceremony for Expo Milan 2015, according to the singer’s agency yesterday.

The expo focuses on sustainable development of food around the world.

When Kim finished performing at Carnival in Venice in February, the committee from the Milan Expo came up to him and asked whether he would be interested in performing at the opening ceremony, according to his agency Cho Artist Management.

“Even before we saw Kim in Venice, we wrote his name on the invitation list. However, when we actually saw his performance at Venice, we thought he had one of the best vocals, songs and stages,” said an official from the Milan Expo’s committee.

“Of course I was thrilled to be invited,” said Kim. “What’s more exciting this time is that I am participating as a director, too. Venice Carnival was just about my individual performance and I had to confront an audience who didn’t know me at all. But since the Milan Expo holds stronger promotional events, I think I can have a greater impact on the audience.”

The 46-year-old Kim will leave for Africa this month and will again head to Shanghai as part of his schedule.