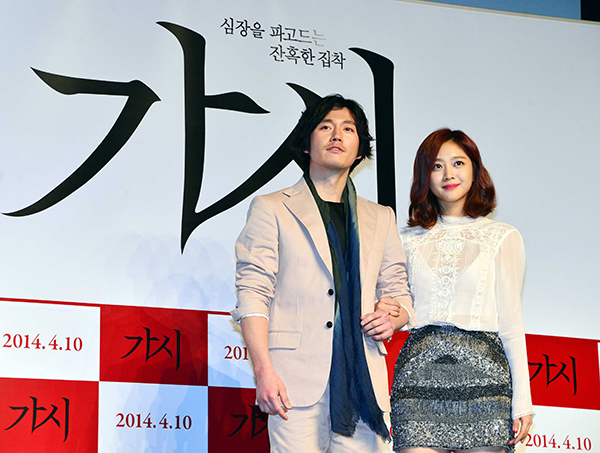 Actors Jang Hyuk (left) and Cho Bo-ah (right) pose at a press conference for their latest film “Thorn,” held at Lotte Card Art Center in Mapo District, western Seoul. “Thorn” is directed by veteran filmmaker Kim Tae-kyun, who made movies such as “Crossing” (2008) and “Volcano High” (2001). The new film opens around Korea in April 10. [NEWSIS]