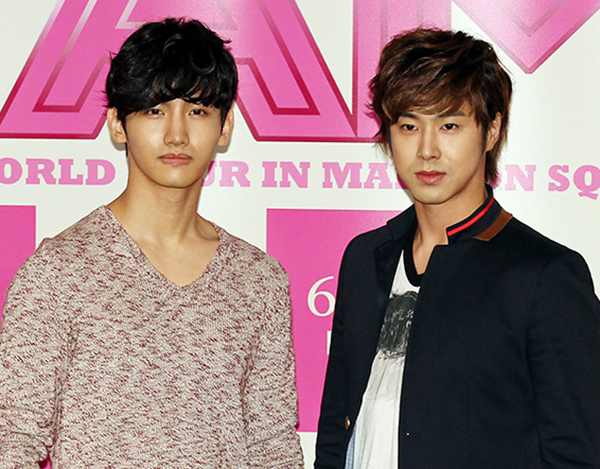 Korean boy band TVXQ has set a record on Japan’s Oricon weekly chart by taking a No. 1 spot for the fourth time, according to local media yesterday.

The duo released its seventh regular album, “Tree,” in Japan on Feb. 5, and after topping the daily chart the album took over the weekly chart as well.

“This is TVXQ’s third time in a row to rank number one on the album chart with full length albums, and the fourth time total. This is a record set only by American rock band Bon Jovi among all the foreign groups,” said Oricon yesterday, according to local reports.

“Tree” sold 225,000 copies in its first week, following closely on their previous regular albums, “Tone” and “Time,” which also topped 200,000 copies in their release weeks.

The other TVXQ album to top Oricon, “Best Selection 2010,” released in February 2010, was a compilation album.

Their latest release has 14 tracks, including several previously released singles.