An economic view of the Ukraine crisis

An economic view of the Ukraine crisis 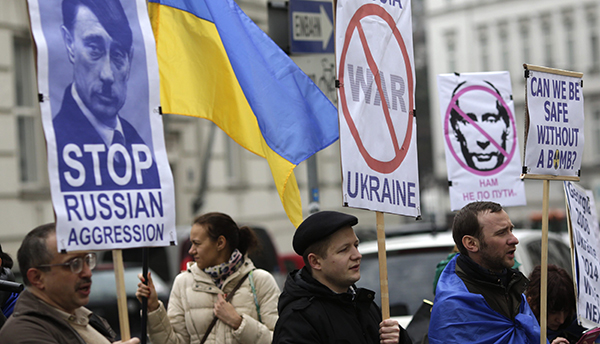 Sunday marked the fifth anniversary of the “bull market” crash in the U.S. stock market. Since the stock market hit its low point on March 9, 2009, after the global financial crisis, the S&P 500 has risen 177 percent. The last five years have been the sixth-longest bull market run since the Great Depression in the 1930s.

In the five years since the market bottomed out, the international situation has become very interesting. The Western world and Russia are confronting each other at the strategic point of Crimea in Ukraine. An international dispute between global powers is considered a negative factor in finance. However, the U.S. stock market is at a record high. At least Wall Street does not believe the Ukraine crisis would discourage the market from continuing upward. Wall Street is betting on the caliber of the global economy system, which has changed drastically since the Cold War era.

Russia is part of this system and cannot act on its own. When the Ukraine crisis affects the global economy, Russia has more to lose than gain. The New York Times pointed out that the Russian economy’s vulnerability is one reason for Russia not to repeat the events of the Cold War. When tensions elevated in Ukraine on March 3, the Russian stock market plunged 12 percent, losing $60 billion in market capital. In order to defend its currency, the Russian authorities immediately raised interest rates by 1.5 percent.

When stock prices drop and interest rates go up, Russian citizens struggle financially. Let’s look at Gazprom, the world’s largest energy enterprise, as well as Russia’s pride and joy. Gazprom is listed on the London stock market and is traded in stock markets in New York, Berlin and Paris. Gazprom accounts for 25 percent of Russia’s gross domestic product, and its value is determined on Western stock markets every day. If the West freezes Russian assets, the oligarchs, known to be financial backers of President Vladimir Putin, will be cornered.

Russia also has an economic weapon - 30 percent of the natural gas that Europe consumes comes from Russia. Cutting off that supply would be hard on Europe. However, Russia cannot afford to play that card easily, as cutting off gas to Europe means losing $100 billion in exports, as well as breaking the relationship with Europe. If Europe is shut off, the Russian economy will collapse.

It is not easy to predict how the Ukraine crisis would conclude. However, the reality of the complicated entanglements of the global economic system will be revealed in the end. And that’s where the Korean economy’s response should begin.