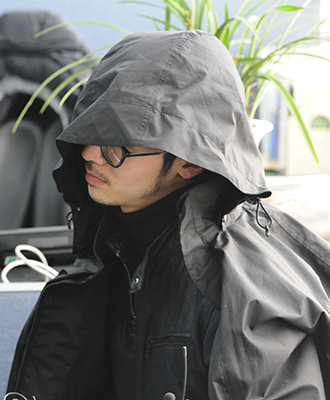 A 26-year-old man who was jobless and running out of money managed to steal 219 million won ($205,651) from an armored car delivery service and almost got away with it, according to the police.

But CCTV footage and a phone call to his family gave him away.

The Geumjeong Police Precinct in Busan said it arrested a key suspect yesterday at a motel in Seoul a day after the theft in Busan.

The suspect, identified by the surname Seol, worked for the armored car company for six months until quitting last December, according to the police. The company transports money collected at tollbooths in North and South Gyeongsang.

On Monday, a van was stolen from the Busan tollgate. It was loaded with 219 million won in cash collected from several other tollbooths in the region.

The police suspected that someone who knew the route of the armored cars was the thief.

They failed to get CCTV footage at the tollgate but did find CCTV records from the site where the van was abandoned about three kilometers (1.86 miles) away.

People from the transport company recognized the suspect on the CCTV footage. The police contacted his family and put a trace on their phone. When the suspect called his family Monday night, police traced the call to a pay phone near a motel in Gwangjin District, eastern Seoul.

When interrogated by the police, Seol allegedly said he stole the money due to financial hardship.

He said he was aware the armored car would have a lot of cash on a Monday because the company doesn’t do collections on Sundays, according to the police.

The police said Seol stole a key to one of the armored vehicles when he quit his job in December and used it on Monday.

He waited for the van to be parked at the Busan tollgate, police said.

He allegedly immediately moved the cash from the van’s safe to an SUV parked near the tollgate, according to the police.

To distract the police, the suspect then drove the van about two kilometers to the Busan Probation Office, ditched it and walked back to the SUV.

The police said Seol turned off his cell phone to prevent being located. He thought the phone call to his family from a pay phone couldn’t be traced.

Seol told the police he planned to go on a trip and didn’t think he would be caught so quickly. Seol spent about half a million won of the cash.

The police are investigating whether Seol committed the crime on his own or colluded with others.