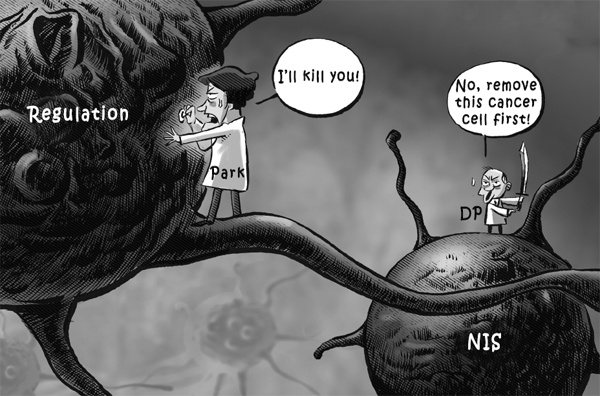 President Park Geun-hye is increasingly stressing the need for deregulation to revitalize an economic recovery, while the opposition Democratic Party persistently calls for major reform to the National Intelligence Service, which is being criticized for forging evidence that a Seoul City employee spied for North Korea.