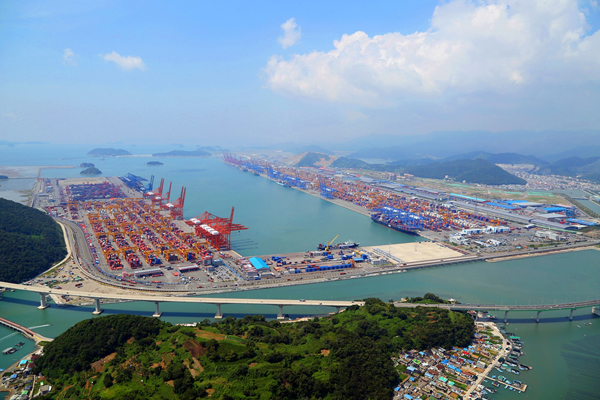 Seven of BJFEZ’s 20 districts are now completed, and the rest will be finished by 2020. Its 82.3 square kilometers (31.8 square miles) is split into five areas containing 20 districts, each dedicated to different industries.

The New Port, for example, which will be one of the world’s top five ports in 2020, will handle maritime affairs, while Jisa Area will cater to the high-tech and manufacturing industry. Dudong Area is for companies focused on mechatronics and research area, Myeongji Areas is for international business, and Ungdong Area is for tourism and leisure.

Throughout the last decade, BJFEZ has attracted $1.7 billion in foreign investment, the second-highest amount for any of Korea’s economic zones.

There are currently 100 foreign investment companies and 820 local companies at BJFEZ. The parts and material industry complexes in the Mieum and Nammun foreign investment zones especially appeal to foreign companies due to benefits such as low rental prices, tax breaks and well-organized traffic infrastructure.

For the convenience of foreign workers settling near the economic zone, public infrastructure is being put into place. Myeongji Area recently signed an MOU to launch a school with the U.K.’s Brighton College while Changwon International Foreign School is also under construction.

In addition, the Busan West District Court and Supreme Prosecutors’ Office will be established at the zone.

“In 10 years, the road and the new port construction will be completed. The systematic traffic infrastructure with a port, an airport, train tracks and roads will surely make BJFEZ the center of the economy in southeastern part of the nation,” said Seok-soong Seo, the commissioner of BJFEZ. “We will continue our endeavor to bring positive outlook to the investors.”