A general theory on economics of Korean drama addiction

A general theory on economics of Korean drama addiction

Left: JTBC’s “Can We Get Married” deals with one of the popular plot lines in Korea: marriage. Provided by JTBC, Right: “Emergency Man and Woman” on tvN is a medical drama, a popular setting in Korean television dramas. Provided by tvN

Uwe E. Reinhardt is a renowned economics professor at Princeton University, most famous for his work on the health care industry. His website at the university is full of links to articles about political economy, medical insurance, banking and efficiency - and a nine-page syllabus to a course titled “Introductory Korean Drama.”

“After the near-collapse of the world’s financial system has shown that we economists really do not know how the world works, I am much too embarrassed to teach economics anymore, which I have done for many years. I will teach ‘Modern Korean Drama’ instead,” wrote Reinhardt.

“Although I have never been to Korea, I have watched Korean drama on a daily basis for over six years now. Therefore, I can justly consider myself an expert in that subject.”

Yes, it was meant as a joke. But Reinhardt’s love of Korean television dramas is anything but.

A soju-filled evening with colleagues at a conference on national health insurance in Taiwan last November led Reinhardt to give a spontaneous lecture on what he had learned from years of watching Korean TV dramas.

“The Korean participants had brought over some soju, of which I had one or two - perhaps more - during dinner,” Reinhardt told the Korean JoongAng Daily in an email interview. “Because the director knew of my fondness for Korean drama, he challenged me after dinner to give an impromptu lecture on Korean drama. Because the soju in me gave me courage, I gave that lecture and later wrote it up, embellishing it with pictures and links.”

Among Reinhardt’s findings: “Quite possibly real-life Koreans do not talk loudly to themselves whenever they are alone, although it is helpful that they do so in the dramas, so that we may know what they think. Nor is it likely that they jump into bed in street clothes, as they routinely do in Korean dramas, especially when they are upset.” 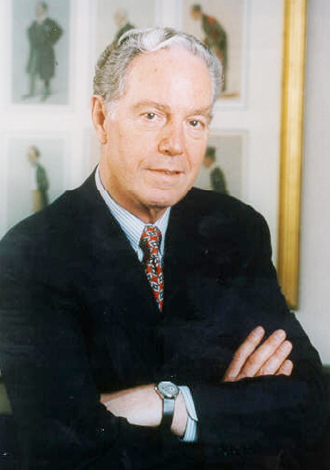 In addition, he wrote that good Korean dramas are “filled with the clever, strategic moves employed by the two aggrieved mothers to stop the illicit affair between the two youngsters.”

“Usually the more modernist fathers secretly side with their children,” he wrote. “Mothers, on the other hand, theorize that marriage is between two entire, extended families that the new couple plays only a subordinate bit part in this union, and that ‘proper conditions’ - speak economics and social status - are the ideal foundation for a marriage.

“The best Korean dramas are crafted around these divergent theories of matrimony,” he proclaimed.

When Korean netizens discovered the syllabus, it quickly became a huge hit, with many asking if it was really going to be held.

It’s not. But Reinhardt still was willing to talk about his unusual interest in Korean TV dramas. Here are excerpts from the interview.

Q. How did you become interested in Korean drama?

A. My Chinese wife used to watch news from China on a local cable channel, and that was followed by Korea drama with subtitles. So we watched some installment and you know how that goes: one absolutely has to see the next one. Although I have never tried heroin, watching Korean drama can be as addictive as heroin. Very clever writers. I guess they all have degrees in psychology.

If you did give a lecture at Princeton on Korean dramas, how would you use them to explain economic theories?

For one, in the dramas the elders definitely tend to view a marriage as the merger of two economic units. It is really a business transaction in which the two people who marry play just their assigned role. Some of that, of course, goes on in the West as well, but it is not quite so open and official. So one would look here for the synergism [2 + 2 = 5 effect] in the marriage, just like in the merger of two corporations. That, of course, raises the economic question why a rich family would want to do a merger with a poor family. Where would be the synergism? It would be a little more like uniting East and West Germany.

Next, I would explore the business model of Korean restaurants. Usually there are only two people in it. How do they cover even their variable costs, let alone their fixed costs? Do the writers know any economics, or are they all psychology majors who know how to make viewers become addicted to their dramas?

Finally, I would give students a stern lecture on loan guarantees. In Korean dramas, they often get very nice people into trouble.

Did you ever notice how many investors in Korean dramas give perfect strangers money without any documentation?

With your background in the health care industry, have you noticed anything interesting in Korean medical dramas?

Actually, friends in Korea have told me that health care there is actually fairly cheap - certainly compared to the outrageous American prices. I do know quite a bit about Korea’s single-payer national health insurance system and thus I know that out-of-pocket spending by patients in Korea is still quite high. So I wondered why people run to the hospital for even the slightest problems. This seems to be a problem throughout Asia, though: doctor shopping with many very short visits. Americans see a doctor on average only four times a year, but each visits last 15 to 20 minutes. In Taiwan, Japan and Korea, the comparable number is 12 or more, but the visits are very short.