The Korean Academy of Film Arts, the film school that counts names like Bong Joon-ho and Im Sang-soo among its lustrous alumni, has unveiled a trio of up-and-coming directors to look out for.

At a press event on Wednesday, student directors Kim Jung-hoon, Yoo Won-sang and Han Seung-hoon talked about their films, “Tinker Ticker,” “Guardian” and “The Legacy,” which will open in theaters next month. 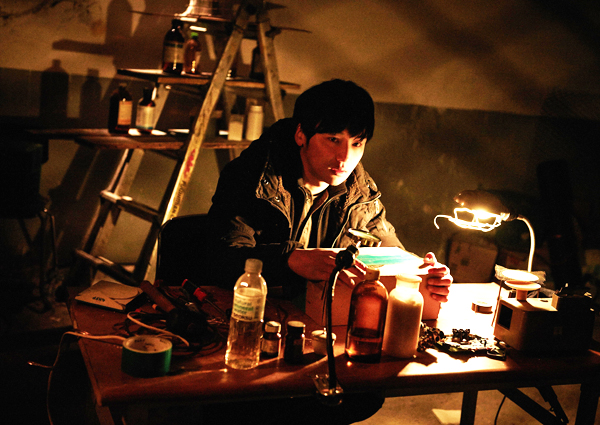 “Tinker Ticker” is the tale of a man trying to leave behind his past as an expert bomb maker.

One wrong decision made in his teenage years haunts Jung-gu (Byun Yo-han) as he tries to make something of himself in society.

Eleven years have passed since he installed a bomb in his abusive teacher’s car, but society is not ready to forgive him, and one business after another turns down his job applications.

But just as it looks as though Jung-gu is turning his life around, he meets a boy named Hyo-min (Park Jung-min) who knows how to push Jung-gu over the edge.

The film boasts some exceptional acting from both Byun and Park, who keep the tension alive throughout the movie.

“I realized that a lot of other young people in their 20s had a lot of rage in them,” said director Kim Jung-hoon, who said he took his inspiration from his own angst-ridden past.

“As a child, I had this innate desire to throw things and destroy. I used to dream of one day having a lot of money and blowing up Korea and wiping it off the face of the earth,” he joked.

But in all seriousness, Kim said there were moments of wavering when he wasn’t sure if his pipe dream would come to pass.

“Because it’s a low-budget indie film, I wondered whether I’d be able to pull off such a sensitive subject matter,” said Kim. “But with the help and support from others, I was able to see it through.” 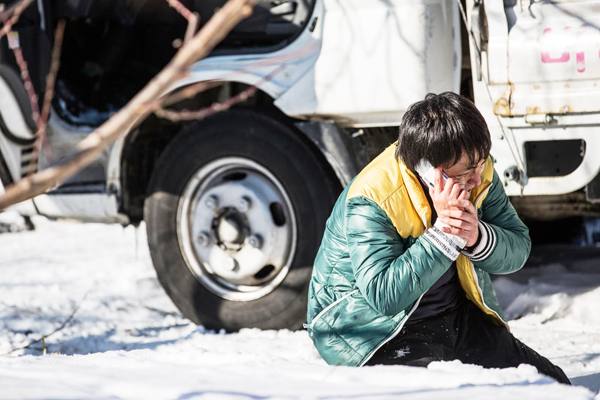 “Guardian” asks audiences how far they would go to get their child back.

As one of the most talked-about indie films at last year’s Busan International Film Festival, “Guardian” takes an old idea and injects a new dimension into it.

The result is a crime thriller about a kidnapping that will leave you pondering ethics until the credits roll.

Director Yoo Won-sang blurs the line between a victim and perpetrator in desperate times.

Jeon-mo (Kim Soo-hyun) runs a flower delivery business. One day his world is turned upside down when a man calls and tells him that he has kidnapped Jeon-mo’s daughter Hee-jung (Yoo Hae-jung).

But it’s not money that this criminal is after. Jeon-mo is told to kidnap another child and bring him to the killer in exchange for the safe return of his daughter.

Tensions rise as Jeon-mo is told that the child he has kidnapped will be killed upon the exchange.

Ko Suh-hee, who plays the mom desperate to see her child again, said filming was difficult.

“Although as an actress imagination is mandatory, I had to stretch myself, as I’m not even married,” said Ko. “Not only did I have to imagine that I was married, but I envisioned that I had a child who was kidnapped. Even now, it’s something I can’t fathom.”

For the filmmaker, the real challenge lay in “taking a ridiculous scenario and making it realistic.” When asked if the film had an answer or if it merely depicted a lose-lose situation, Yoo said there was “a clear answer” in his mind before adding, “I’m not sure if the film depicts my answer, though.” 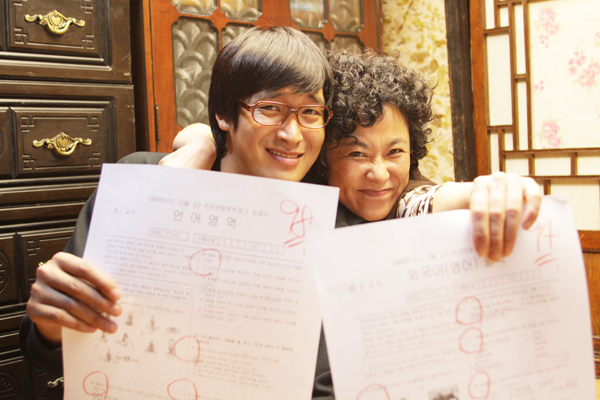 Although a formulaic romantic comedy, “The Legacy” will pull on your heartstrings. Provided by KAFA

Of the three films unveiled, “The Legacy” was definitely the most upbeat. It has no explosions and no serious ethical dilemmas. Rather it boasts actors Jung Gyeo-woon and Yoon Seung-ah, who have small but steady fanbases. The film by Han Seung-hoon plays out like most other Korean romantic comedies, complete with kimchi jjigae (kimchi soup) and nostalgic flashbacks.

“It’s about the trials in life and love of a college student,” said the director, adding that he chose the genre because he was very familiar with it.

“We worked hard to hone in on what we are good at, to create movies with flavor,” he said about the collective production process that he and his two classmates went through, and his decision to tackle a somewhat overdone plot.

“The Legacy” tells the tale of Jung-do (Jung Gyeo-woon), a young man who got into Seoul National University Law School largely thanks to the zeal of his mom, who employed a bevy of attractive female tutors for him. But after his mother passes away, Jung-do loses his motivation and fails the bar exam for 10 years straight.

Lucky for him he has a rich girlfriend. But trouble finds Jung-do in the form of childhood playmate Kyung-hee (Yoon Seung-ah) who evokes a new feeling in the clueless perpetual scholar.

“I tried to exaggerate and to make a funny spectacle of a guy’s growing process,” said Han about the part-lothario, part man-child lead role.

As for Jung’s character, the actor calls him “a loser,” but “someone that Korean males can all relate to.”