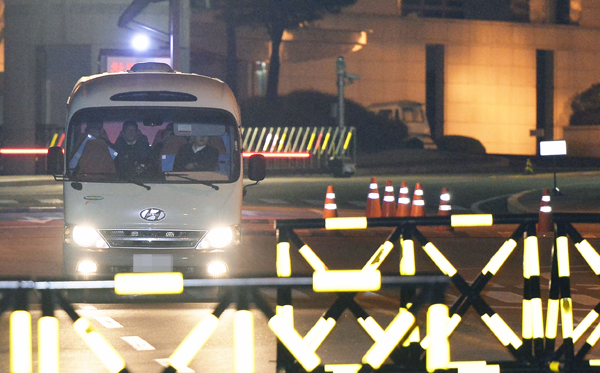 Seventeen years ago, I had just started my career as a reporter. When I was working a night shift, a car accident that killed an entire family occurred. I was immediately ordered to procure a family photo. Back then, accident reports had to have a photo of the victims.

In order to meet the deadline, I took a taxi and went to the residence of the victims.

However, since all members of the family were killed, no one was home. The house was locked, and I was sure to get rebuked by my boss if I failed in my mission. So I called a locksmith. But as he was trying to open the door a neighbor spotted us, and my entry attempt failed.

In retrospect, it was a shameless act that deserved to be punished. But, in the old days, a certain level of housebreaking, theft and misrepresentation by the media were tolerated in the name of protecting people’s right to know. Each newspaper company had its own legendary stories of unlawful reporting methods. That’s why I recklessly attempted to break in as an ambitious novice reporter.

Times have changed, and even a scoop for the greater good of the public cannot be exempt from legal action when laws are broken in the course of gathering news. No one would praise such a reporter. No editor would ask for laws to be disregarded, and no writer would use illegal means.

As a society, we now share a consensus that the core of democracy lies on legitimate procedures. While the media gets plenty of criticism for other reasons these days, when it comes to ethics in reporting it has improved tremendously.

The National Intelligence Service’s spy evidence fabrication case reminded me of that incident 17 years ago. It is regrettable that some organizations still haven’t realized that things have changed. Has the NIS not noticed because it is working “in the shadow?”

Circumstantial evidence suggests that the anti-Communist investigation team submitted forged entry and exit records from China to the court as evidence to support a charge of espionage against North Korean defector Yu Wu-seong, and some NIS agents were aware the records were faked.

It is a serious breach of national ethics and a terror against the legal order of Korea that is inconceivable in a democratic nation. Not just the opposition, but also members of the ruling party say they cannot understand how the NIS even came up with the idea.

What makes Korean citizens more concerned is the suspicion that this may not be the only case. It is my personal presumption that the practice of manipulating evidence may have been going on for a long time within the anti-Communism unit when they were pressured by “those high up.”

Under the grand cause of cracking down on “spies,” unlawful and illegal acts may have been tolerated to a certain level. President Park Geun-hye needs to strictly investigate the case and punish those responsible. Only then can the National Intelligence Service understand how times have changed.