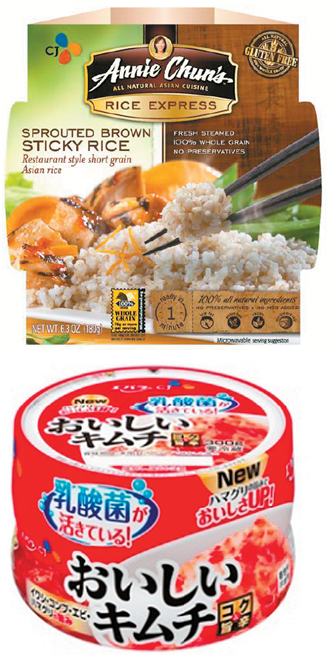 As local food manufacturers venture into markets overseas to overcome stagnant growth at home, localization is considered the key to success.

“Understanding the local market is most important,” said an official from Orion, a leading confectionery manufacturer. “Based on our efforts, we are now exporting our products to around 60 countries.”

For Orion, localization means offering products to consumers that meet their tastes, cultures and design preferences. The confectionery company started focusing on overseas markets more than 20 years ago when it opened its Beijing office in 1993.

As an example of its localization strategy, when Orion first started exporting Choco Pies to China, the package of the chocolate-marshmallow snack was blue, which succeeded in Korea. Orion decided to change the color to red, which Chinese customers prefer.

Also, instead of printing the Chinese character jeong (affection) on the package, as it does in Korea, the company chose the character in, which means benevolence, a concept revered in China.

Other examples include introducing tomato and barbecue flavors of its Goraebap snack, since Chinese consumers tend to like stronger flavors than Koreans.

“Our goal is to compete with other global players, not local players,” the Orion official said.

Currently, 60 percent of the company’s total sales is from overseas markets including China and Russia. “This is the direction to go.”

For confectionery makers like Orion and Haitai Confectionery and Foods, business in the domestic market has been so challenging that going abroad is a natural direction.

“The difficult business environment for confectionery manufacturers like us is mainly because of environmental changes we have seen in society in recent years,” said an industry source. “The low birthrate affects our sales and also, compared to before, there is a variety of snacks out there - whether they be imported or from small brands - so competition has increased and the business environment has become tougher.”

And it is keeping a close eye into customer complaints to improve products sold overseas and to reflect them in their marketing strategy.

“The core of customer satisfaction in overseas markets is to quickly understand their unique characteristics and to respond to them,” said an official from CJ CheilJedang.

“Even if it’s the same product as one sold in Korea, what consumers think is different based on culture and living environment.”

In Japan, for example, consumers do not like the green leaf of the kimchi cabbage and complain if they see it. To prevent this, the company makes sure that the product that gets exported to Japan doesn’t contain green leaf parts.

In China, where counterfeit products are rife, the manufacturer gets many inquiries asking whether its dashida product is “real or fake.”

“As part of customer service, we have printed a leaflet explaining how consumers are able to recognize real and counterfeit instant soup stock,” the official said.

In the United States, CJ CheilJedang has taken into consideration that some Americans don’t want food products with gluten, a type of protein found in flour and wheat.

It has received many inquiries as to whether its products contain it. On its microwave rice product exported to the United States, the company prints a “gluten-free” mark.