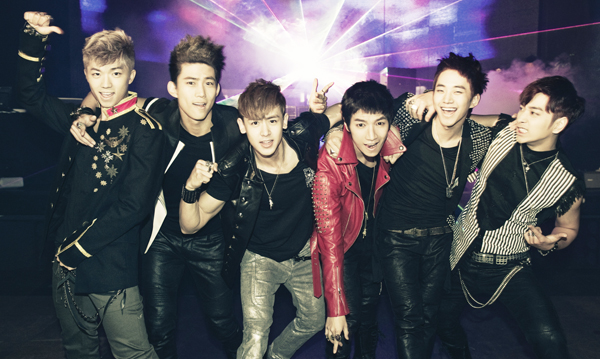 A fire broke out during the filming of 2PM’s latest music video on Saturday, its agency JYP Entertainment said yesterday.

“The fire was put out immediately by the production team,” said an official at JYP Entertainment, through a press release. “After the accident, the six members gathered themselves to continue the shooting.”

The agency added that 2PM will release their new album around summer, after finishing individual promotions that each member is currently involved in.

Nichkhun appears on the KBS variety series “Cool Kidz on the Block.” Ok Taec-yeon plays a major role in the KBS weekend drama “Wonderful Days.” Jang Woo-young is participating in the MBC reality show “We Got Married,” where he has a fictional marriage with actress Park Se-young. And singer Jun.K, whose real name is Kim Min-jun, plans to release a solo album in Japan in May.

“After 2PM finishes their arena tour in Japan at the end of the month, we will put all our efforts into their new album,” noted JYP Entertainment.