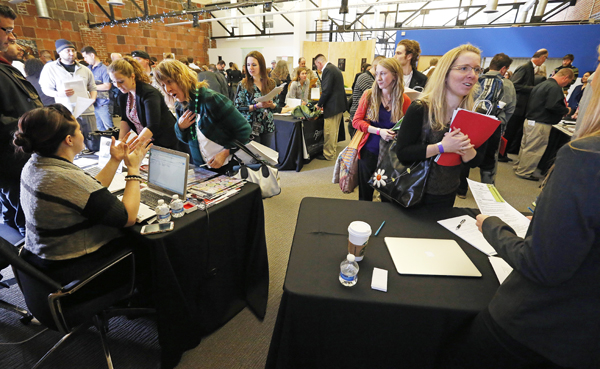 On March 13, a career fair related to the marijuana industry was held in Denver, Colorado. A dozen businesses that grow and distribute cannabis-related products showcased the industry’s prospects, and more than 500 job seekers visited the event. This year, Colorado became the first state to legalize recreational marijuana.

Considering the general direction of society, the legalization of marijuana is only a matter of time. Twenty states currently approve of the use of medical marijuana. While cannabis is classified as a controlled substance under federal law, the Obama administration has advised law enforcement not to target marijuana users in those states. A more significant change is the approval of recreational marijuana, as in Colorado. It has already been approved in Washington State, and Arizona and Alaska are likely to follow.

The latest research appears to support marijuana legalization. President Barack Obama said that he believes marijuana is less harmful than alcohol. A recent Wall Street Journal survey asked which of the four substances - tobacco, alcohol, sugar and marijuana - is most harmful, and Americans responded that tobacco is the most harmful, then alcohol, sugar and finally marijuana. Sugar received 15 percent of the vote, compared to only 8 percent for marijuana. Statistics released this week showed that the state of Colorado has collected $2 million in taxes from recreational marijuana. When cities like Detroit go bankrupt, many state governments find marijuana a tempting revenue source. Another study said that the legalization of marijuana would reduce alcohol consumption, which would be a net positive for public health. Attorney General Eric Holder said Friday that he supports reducing sentences for non-violent drug crimes to reduce the prison population.

Of course, most supporters of marijuana legalization agree with a few restrictions. The use of drugs should not be encouraged for young people, and safety-related issues, such as driving under the influence, should be restricted. However, it is doubtful whether American society has the capability to regulate itself very meticulously. Gun-related violence continues despite gun control. Many experts worry that the legalization of marijuana could create drug addicts and encourage the use of other, harder drugs. When drugs are combined with gun-related issues, terrible tragedies can happen. In January, Colorado State Patrol troopers found that 31 of 61 drivers stopped for impaired driving were under the influence of marijuana. However, Americans do not seem to be concerned about that correlation.

I personally believe that guns and drugs cannot be separated. So the experiment in Colorado and the changes in America should be closely watched and studied. It is a dangerous question, indeed.

The author is a Washington correspondent of the JoongAng Ilbo.