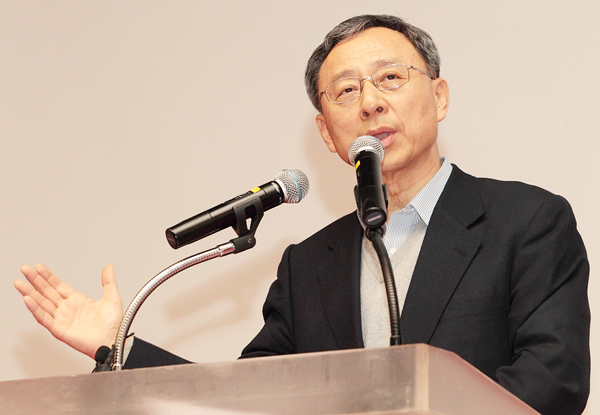 With KT, Korea’s 11th-largest company, mired in scandals, Chairman Hwang Chang-gyu summoned 270 executives and senior employees to the headquarters on Saturday for a serious dressing down.

At an event held at the company’s main branch in Bundang, southeast of Seoul, Hwang made executives vow to put customers first, said the company in a press release.

“If we do not prioritize customers in all management areas, in technology development, distribution, marketing and customer service, there is no future for KT,” said Hwang.

It was already the second time Hwang summoned the executives since he took the helm of the 60,000-employee company in January.

Hwang, a former Samsung Electronics president, was tapped to improve efficiency at KT after Lee Suk-chae, a former telecommunications minister, stepped down last year in the middle of his second term.

Hwang has made aggressive changes and promised more transparent management. But just weeks after he took office, the chairman faced unexpected problems, including the massive loan swindle last month. An employee of KT ENS embezzled 280 billion won ($261.4 million) in loans issued to a company that was set up by the KT unit’s contractors.

In addition, the company’s website was hacked just a few weeks after the loan scandal.