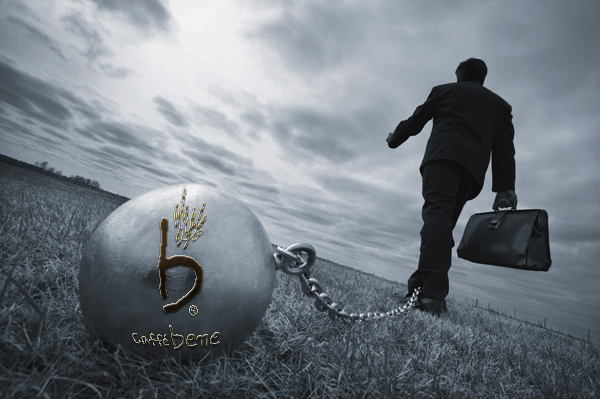 Tougher regulations set by the government to protect mom-and-pop stores have prompted larger businesses to flee to oversea markets.

Kim Sun-kwon, the 46-year-old CEO of the popular coffee franchise Caffe Bene, has not shaved his beard since last fall, which has come as quite a surprise to his employees.

Since starting the coffeehouse chain in 2008, Kim always dressed neatly, and his sudden change in appearance raised eyebrows and concerns. Kim told people close to him only that there was something he needed to concentrate on.

But when he appeared at the Sunway shopping mall in Kuala Lumpur on March 8 to launch his first coffeehouse in Malaysia, he was back to his old dapper self.

“I needed to concentrate on entering the Malaysian market,” Kim said at the grand opening.

The next day, Caffe Bene opened its 10th store in the United States in Manhattan. Mainz Dom It is also the third U.S. store managed directly by the coffeehouse.

“I plan to focus only on the coffee business and turn it into a brand that compete shoulder-to-shoulder with Starbucks,” Kim said.

This was a stark contrast to his tactics since starting the business. Kim has never limited his business to coffee, expanded into bakeries and restaurants.

“It seems he has had a change of mind since [the government] has chosen restaurants and bakeries to be included in businesses that are restricted to small and midsize companies,” said a company official.

As part of the Park Geun-hye administration’s economic democratization movement to protect small and midsize businesses, large franchise companies and conglomerates have been restricted from either entering or expanding in certain areas.

For restaurants, any brand run by a major conglomerate or considered to be a sizeable company could open branches in the Seoul metropolitan area only within 100 meters (109 yards) of transportation facilities such as train and subway stations and express bus terminals. For Busan, Incheon, Gwangju, Daejeon, Daegu and other major cities, the radius is 200 meters. This is to prevent such major stores from entering areas where many small stores do business.

Caffe Bene has been one of the franchise companies heavily affected by the regulation.

The coffeehouse expanded into the restaurant business when it opened up its first Italian bistro, Black’ Smith, in November 2011. The restaurant expanded aggressively. In 2012, the company had 87 Black’ Smith restaurants across the country.

But since the government included restaurants in the regulation last May, Black’ Smith has opened one store and closed several. The situation is pretty much the same for the bakery business. Caffe Bene in November 2012 bought the well-known bakery brand Mainz Dom. When it took over the business there were 14 Mainz Dom branches in Korea, but by the end of last year only four survived.

In February 2013, the government strictly limited the opening of franchise or conglomerate-backed bakeries until the end of February 2016. Larger businesses are allowed to open new stores that number no more than 2 percent of existing stores. Additionally they are restricted from opening new branches within 500 meters of privately owned neighborhood bakeries.

As a result, Kim sold his 50 percent stakes in Black’ Smith and Mainz Dom.

“We had to change our strategy of diversifying our portfolio because of the government regulation,” said a Caffe Bene official.

And since last year, the Korea Convenient Restaurant Association has asked the government to include coffee businesses in the restriction.

The only solution the coffeehouse has found is expanding overseas. Caffe Bene this year alone has opened 29 stores abroad and currently has 206 in 10 countries, including the United States, China, the Philippines, Indonesia, Saudi Arabia, Japan and Malaysia.

“Our goal this year is to expand to more than 500 stores overseas in 20 countries,” said Kim.

The situation isn’t much different for many larger companies that operate restaurants and bakeries, including CJ Foodville, which runs Tous Les Jours, Vips and Bibigo.

The Korean food restaurant Bibigo has had 11 stores since it began in 2010. Vips opened eight stores in 2012 and has added five more.

Bibigo now has more stores overseas than the 14 it has in Korea.

The conglomerate has a target of 700 foreign stores by 2020.

“We’re concentrating on expanding into overseas markets because we are having trouble finding locations here that meet the various government regulations,” said a CJ official.

“As it is harder to find sites to open new branches if there are a large number of existing branches, we plan to focus more on smaller restaurants with fewer branches,” said a E-Land official.

There are roughly 140 Ashley branches, while Rimini has 31.

While Korean businesses are struggling, Japanese restaurants and food businesses such as Marugame Seimen - famous for its udon - and Gatten Sushi have been aggressively expanding.

Marugame Seimen, which opened its first store in Hongdae in December 2012, now has five stores. Another Japanese company, Hotto Motto, which specializes in bento and entered Korea the same year as the udon chain restaurant, plans to establish more than 200 stores in Korea by 2015.

Some in the industry complain that the vacuum created by Korean businesses is being filled by Japanese companies.

Other foreign food brands also are entering Korea, including the low-priced French bakery Brioche Doree, which opened up its first store late last year, and the U.S. The Cheesecake Factory.

With such changes, some Korean food companies not even affected by the regulation are increasing their expansion overseas.

Genesis BBQ Group, which runs a chicken franchise, has been expanding in China, the United Kingdom and Saudi Arabia. The company plans to open 500 overseas stores in the next five years.

“For Korean companies, expanding to oversea markets where there are fewer restrictions is no longer a choice, but a necessity,” said 59-year-old Genesis BBQ Chairman Yoon Hong-geun.

Meanwhile, Genesis BBQ has created a joint food company with the Japanese company Watami and has operated two casual Japanese Watami restaurants since last May.

The goal is to avoid the government regulations through foreign companies.