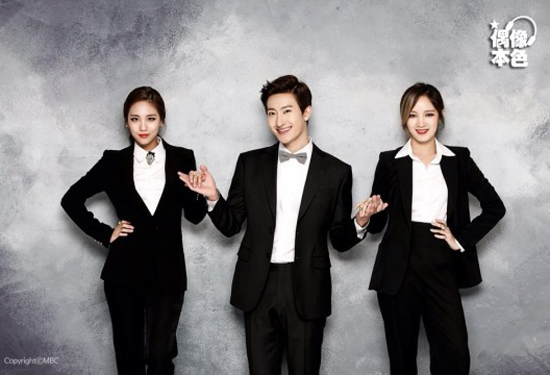 One thing that distinguishes the show from other entertainment programs is the fact that it is made wholly in Chinese.

Hosted by Zhou Mi of Super Junior-M and MengJia and Wang Feifei of K-pop girl group Miss A, the show has featured some key figures in the Korean pop music scene. The show was originally published on YouTube, but MBC decided to post the show on Chinese Internet outlets, including Youku and Todou, to interact more actively with Chinese fans.

In the first episode, the hosts invited Kim Hee-chul of Super Junior and asked him some private questions. Fans responded by posting more than 4,000 comments to the program’s official Weibo account.

The production team noted that they will provide Chinese subtitles in addition to the existing Korean ones on the program. The second episode of "Real Idol Style" will be released on March 22.