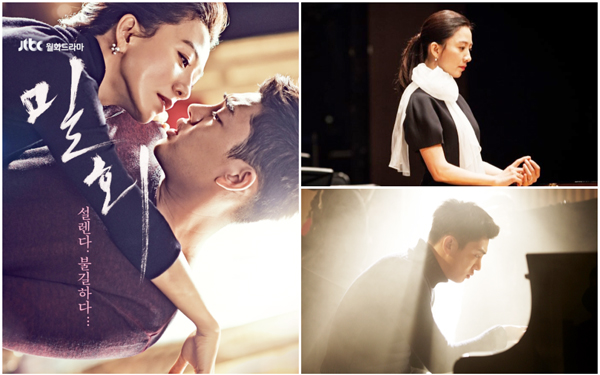 According to Neilson Korea, the first episode of JTBC’s new drama “Secret Love Affair,” which aired on Monday, won 3.2 percent in viewer ratings, which is considered high for a general programming network.

The drama’s first episode ranked the highest among all others in JTBC’s weekday dramas as of Monday. The new drama’s episode replaced the first episode of “Your Neighbor’s Wife,” which received a 2.2 percent viewership rating in October last year.

In Monday’s episode, the two characters met for the first time.

Korean drama fans have shown great interest in “Secret Love Affair.” The drama also ranked as the No. 1 most-searched term on Korea’s online search engines an hour after the first episode aired.