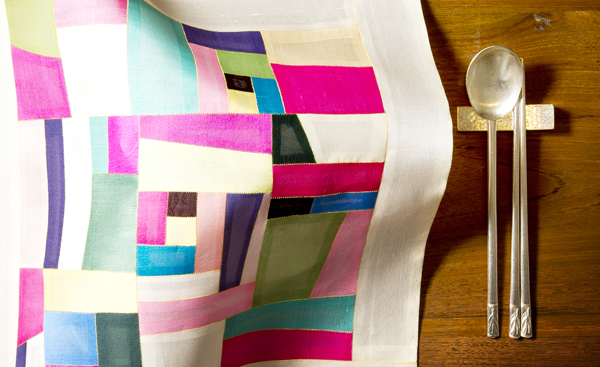 Korean food, or hansik, has not been treated very well at home. There are plenty of cheap eateries and a few ultra-high-end options that try to evoke the royal food of ancient palaces. Trendy areas around Seoul like Garosu-gil in the south or Itaewon-dong of central Seoul have plenty of upscale options for Italian, Japanese, Spanish and other global cuisine. But most of the time, Koreans have not been willing to pay much for quality hansik.

Or, at least, they weren’t until recently. Now, however, Korea’s big conglomerates, as well as small and medium food service companies, are moving into the hansik business.

These big players used to concentrate on “family restaurants,” with international franchises like TGI Friday’s and Bennigan’s, which took off in popularity in Korea in the late 1990s. Most of those franchises were run by affiliates of conglomerates like Shinsegae, CJ and E-Land, but in recent years the family restaurant business has grown sluggish. So, instead, those companies are turning their attention to hansik.

“I used to meet my friends or business partners at Italian or Japanese restaurants, but I’ve changed my meeting places to hansik restaurants these days,” said Kim Min-jeong, a 38-year-old resident of Sinsa-dong, southern Seoul.

“Even if I wanted hansik, I had a few choices in the past. I had to choose between expensive hansik places and noisy and messy restaurants. But now I see more quality Korean restaurants with reasonable prices.”

Dadam, which is owned by CJ Foodville, opened in 2012 and was one of the first hansik restaurants to change the country’s hansik scene. Located in Cheongdam-dong, southern Seoul, the 815-square-meter (8,773-square-foot) restaurant can accommodate up to 200 people, and has 16 private rooms.

Everything inside the dimly lit restaurant - the tablecloths, napkins and cutlery - is modern and upscale, but it still evokes the beauty of Korea. For example, traditional wooden window frames decorate the walls and rough stones, often used for making traditional cooking tools, are placed here and there.

Each private room has two doors, one from the entrance for diners and the other from the kitchen for the waiters, so neither need bump into each other.

It also offers course menus starting from 40,000 won, but most people order a la carte, choosing such dishes as sundubu jjigae (spicy stew made with uncurdled tofu) or kimchi jjim (braised kimchi).

CJ Foodville is able to keep prices down because Dadam is not only a restaurant but a research and development center for its other restaurant brands, like Season’s Table and Bibigo.

Season’s Table is an all-you-can-eat hansik restaurant that opened last year in Pangyo, Gyeonggi, and instantly became a popular destination. People usually need to wait an hour for a table on weekdays, and for weekends you need to book at least three months in advance.

“The offerings are quite good,” said Lee Gyeong-sun, a 33-year-old housewife who is a regular at Season’s Table.

“I only pay 13,900 won for lunch on weekdays and I can eat many different things, like pork marinated in red pepper paste sauce or ssambap.”

Ssambap is rice wrapped in assorted vegetables, with traditional sauces such as doenjang (soybean paste) and gochujang (red pepper paste).

The restaurant charges 9,000 won more for weekday dinners and weekend lunches and dinners, but still the restaurant is almost always crowded.

“We purchase ingredients directly from farmers and sell some of them to customers. Because of that, customers believe in the quality of our food,” said Shin Hyo-jeong, an official who promotes the brand at CJ Foodville.

Maeil Dairy is another company that has launched several restaurants and cafe brands, such as Golden Burger Republic and Paul Bassett, and now it has a hansik restaurant called Jeong - the Chinese character for jeong means “correct.”

Located in Cheongdam-dong, southern Seoul, Jeong specializes in boxed meals, called dosirak in Korean, with touches of Japanese. Although it is not a purely traditional Korean restaurant, Jeong is similar to Dadam in that it offers quality ingredients and has a sleek, modern interior.

It’s the Two Plus Sirloin that has really taken off, offering quality Korean beef at prices lower than most Korean beef restaurants.

A wide selection of wine is available, but guests can bring in their own because the restaurant doesn’t charge any corkage fees.

Only less than two years have passed since the launch of Two Plus Sirloin, but already the restaurant has six branches.

Shinsegae and E-Land are also planning on launching their own hansik restaurants in the near future.

With all these new restaurants, many debate how good it is for conglomerates to be entering the dining scene.

But Kim also says that the large franchises and local hansik restaurants are targeting totally different markets. Hansik franchise restaurants promote the overall Korean restaurant scene and are good for attracting people in their 20s and 30s who usually opt for Italian or Japanese.

“We did a survey in 2012 before we launched Dadam and found that the entire hansik market was worth 30 trillion won,” said Lim Jong-wook, an official at CJ Foodville. “But only 2 percent of hansik restaurants earned 5 billion won that year. We want to join that 2 percent, not take over the rest of the 98 percent.”

Even some chefs welcome the rise of these heavyweights.

“Running a hansik restaurant is harder than you think,” said Lee Jung-ki, the owner and head chef at Jeong. “But because I work with a company that takes care of everything else, I can focus only on the cooking.”

Chef Lee Sang-hak who runs AChef Company, a food consulting company, agrees with Lee. “People tend to think of hansik as the most common food, so it is really hard to earn money with hansik,” he said. “People simply don’t want to pay that much for hansik, which makes it hard to make ends meet.”

But not everyone welcomes the conglomerates.