Plenty of independent options for good Korean food, too

Plenty of independent options for good Korean food, too 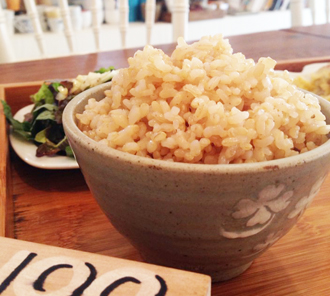 While there are many hansik, or Korean food, restaurants being run by big conglomerates, there are also many good options around the city that are independently operated.

One of them is Dalsiktak, which is located in the Garosu-gil area, southern Seoul. It offers typical Korean food such as pork marinated in gochujang (red pepper paste) or doenjang jjigae (soybean paste stew). The restaurant, however, looks like an art gallery, with a larger-than-life horse statue in the middle of the hall and hundreds of bulbs hanging from the ceiling.

Dalsiktak has dishes like dubu kimchi (sauteed kimchi served with tofu) or chadolbagi (thinly sliced beef brisket), all served bite-size, making it a good place for dinner with non-Korean business partners. The a la carte menu starts from 9,000 won ($8.40).

Ssalgagye by Hong Shin-ae is another hansik restaurant on Garosu-gil. Hong even polishes her own rice and cooks enough every morning for just 100 servings.

The small restaurant has 22 seats and only one menu each day, which costs 9,900 won. The menu consists of rice, stew, a meat-based main dish and three sides. The main dishes and sides vary depending on the season.

Parc in Hannam-dong, central Seoul, is another hansik place that specializes in home-style meals. The most popular items are rice cake soup with oysters (11,500 won) and grilled Jeju hairtail fish (17,000 won).

The main menu at Bistro Poom in Samseong-dong, southern Seoul, is similar to that of Ssalgagye by Hong Shin-ae, resembling a home-cooked meal with rice, stew and sides, made with seasonal ingredients. The seasonal meal costs 38,000 won, but the restaurant also has a la carte choices.

“I opened this pub because it is hard to find a place that serves authentic Korean liquor with matching sides,” said Choi Won-seok, the head of the pub. The pub sells traditional liquor produced from small distilleries across the nation.