‘Japanese Only,’ ‘Only Japanese’

‘Japanese Only,’ ‘Only Japanese’ 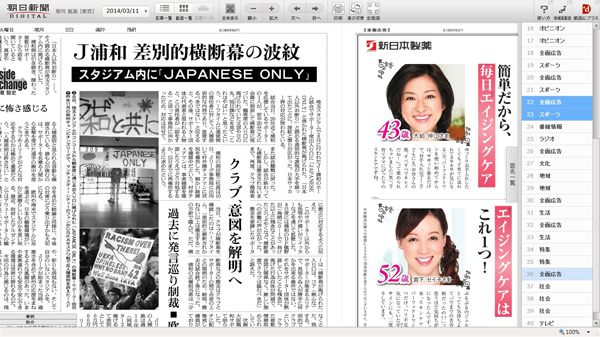 Lately, Korean expatriates in Japan have shared a common experience. We have all encountered rude taxi drivers. In Korea, taxi drivers who own the cab tend to be friendlier, but in Japan, drivers working for taxi companies are better trained. And those who work independently show their discontent toward foreigners frequently and bluntly.

One Korean expat said, “I got into a taxi driven by the owner, and once I spoke in Korean over the phone, his attitude changed. Since then, I avoid privately owned cabs.”

Another added, “The driver would use honorific terms at first, but once he realized I was Korean, he changed to informal speech.”

That trend, unfortunately, has spread in Japan over the past couple of years.

Recently, fans of the J-League club Urawa Reds displayed a banner reading “Japanese Only” at the stadium’s entrance, and the news reminded me of the rude cab drivers. In the investigation, the fans of the Urawa Reds in question claimed that the section of seats directly behind the goalie was their sacred ground and they didn’t want anyone else coming in. It’s especially sinister, as it could have targeted Tadanari Lee, a fourth-generation Korean-Japanese player on the team. Lee holds Japanese citizenship, but he became a target of discrimination because of his background.

But it’s not just the taxi drivers and Urawa supporters who are revealing their racist side. The Citizens Against Special Privileges for the Zainichi, an extreme right-wing group, is making hate speeches that transcend the boundaries of free speech.

On March 16, they gathered in downtown Tokyo and demanded that resident Koreans get out. It was even worse because the Toshima ward in Tokyo allowed the group to use a public facility as the site for its rally. Their justification was an obvious excuse: “freedom of assembly.”

The core of growing racial hatred is the attitude of the Abe government. On March 14, Cabinet Minister Yoshihide Suga said, “The Ministry of Justice is promoting various awareness programs to resolve prejudice and discrimination against foreigners. The ministry will continue to pursue this actively.”

But the government wants to “educate” them rather than preventing or punishing such actions. While the UN has demanded that Japan improve the situation, the government has ignored those calls, which means that there is no brake on the spread of discrimination. So as Japan’s administration ignores the problem, local governments, rightist groups and even taxi drivers are free to pursue an attitude of “Japanese Only.” However, this trend can only result in “Only Japanese,” because it’s just part of the truth of life. The country that discriminates against others will in the end be discriminated against.