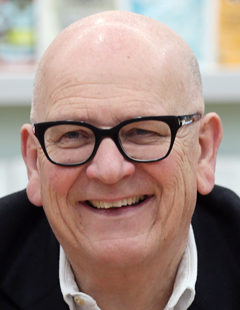 Glyn Ford, a former member of the European Parliament who is a specialist on North Korean affairs, said the Communist regime is surprisingly enthusiastic about training officials to open up its economy to the outside world, and 20 or 30 bureaucrats are currently staying in Europe, including two at Cambridge University in Britain.

After visiting North Korea last week, the 64-year-old politician was invited to the South by the East Asia Foundation and sat down with the JoongAng Ilbo on March 12 to give his perspective on the current affairs of the world’s most secretive state.

Along with five other former European officials, Ford stayed in Pyongyang from March 3 to 7 and met with a series of high-ranking North Korean officials, including Kang Sok-ju, the vice prime minister, Kim Yong-il, the director of the ruling Workers’ Party’s International Department, and Ri Jong-hyok, the deputy head of the Asia-Pacific Peace Committee.

Since his first official visit as a representative of the EU Parliament, Ford has visited North Korea more than 30 times so far, which he ascribed to his “long-establish connections” with officials in Pyongyang.

“The main topics in our discussions [with North Korea] are probably the economy and foreign relations with Europe,” he said. “One of the key issues is modernization. We could give them very practical training in terms of economic development in new business zones and financial management.”

When it comes to the atmosphere in Pyongyang in the aftermath of the brutal execution of Jang Song-thaek, the once-powerful uncle of North Korean leader Kim Jong-un, Ford said it was “calm and more relaxed” than he expected.

“I could pay by North Korean debit cards issued in Pyongyang,” he said. “You can use them at most of the shops.”

Although North Korea is eager to develop its economy, there are still many hurdles for the regime to overcome, he said.

“They have two difficulties, one of which is that they need a lot of assistance,” he said. “About 20 or 30 North Korean officials, including two students at Cambridge, are currently in Europe [for training in economic development].”

“It is realistic for them to send 200 or more,” he said. “If you want to develop 13 special districts, you need to send dozens of people [to Europe].”

Another problem for the regime is attracting foreign investment, which is difficult because of the unstable political situation, he said.

“There was a German company and two or three others who inquired about the Kaesong Industrial Complex,” he said. “Their issue is legal protections. But if you invest across China, it may cost more, but it is safer. Why would you invest in North Korea? It’s just too uncertain.”

Despite the shocking execution of Jang, there is little possibility of a sudden collapse of the regime, Ford said.

“I’m giving you my personal impression,” he said. “It seems to me that the regime is quite doing well. There was not many signs of instability. I could detect it.

“I think probably Jang Song-thaek could have been put in place as a mentor to Kim Jong-un, not a regent,” he said. “I think he got confused between these two roles. ”

Asked what he thinks of South Korean President Park Geun-hye’s “trust-building process,” he said building trust should be mutual.

“The problem is there is gap between what North Korea is preparing to offer and what South Korea wants,” he said. “Both sides should extend a degree of trust in each other.”