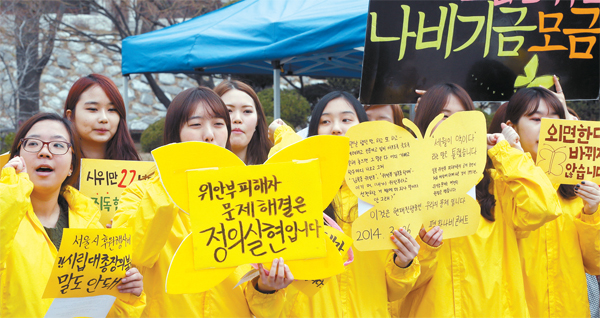 Students from 12 universities in Seoul join the weekly rally by women forced to serve as sex slaves by the Japanese military during World War II and their supporters in front of the Japanese Embassy in Seoul yesterday. They demanded for the Japanese government to officially admit atrocities against the women, make an official apology and compensate them. By Byun Sun-goo