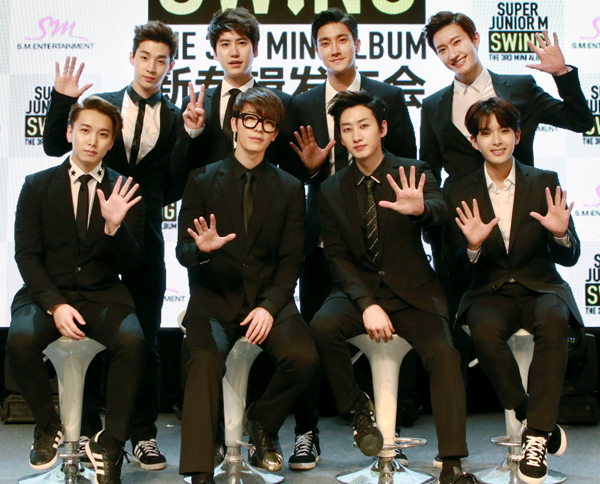 Super Junior-M (SJ-M), a Chinese sub-unit of Korean band Super Junior, hosted a press conference Saturday in China for their upcoming mini-album “Swing” amid high expectations, according to local media.

The press conference was held in one of the theaters located in the Central Business District, one of Beijing’s main districts, where more than 70 Chinese media outlets and 150 reporters arrived to cover the events. About 400 fans invited to the conference beforehand were also on the scene.

The group discussed their upcoming itinerary in China and showed a music video for the mini-album’s lead track “Swing.”

The event was broadcast live through a Chinese video site IQIYI, which more than a million fans streamed to catch a glimpse of Super Junior-M.

When the press conference was over, the group performed “Swing” for the first time on one of CCTV’s live music programs.