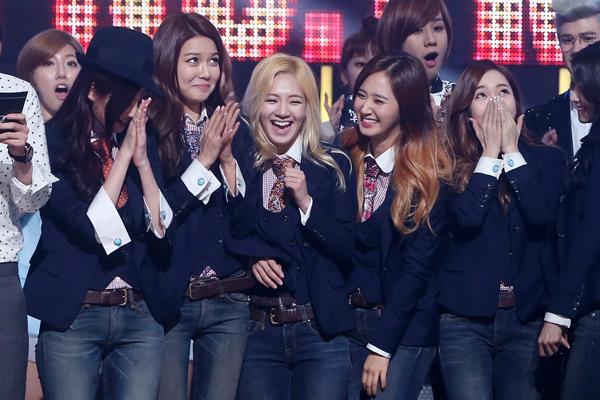 “We are so grateful and also surprised,” Hyo-yeon, one of its members, said when the winner was announced.

The runner-up was 2NE1’s “Come Back Home,” which took first place in last week’s episode. In third place, “Some,” a collaboration between So-you of Sistar and rapper Junggigo, has appeared to have won over the adoration of the public for its easy-to-follow melody and empathetic lyrics about a couple that has just begun dating.

“Mr. Mr.” - from the nine-member group’s fourth mini-album that was released Feb. 24 - was produced by the American production team The Underdogs, which has worked with artists like Beyonce, Chris Brown and Mary J. Blige.