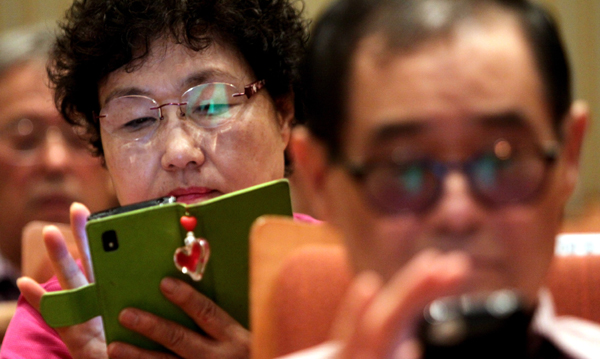 The United Kingdom is very different from Korea. On March 20, SK Telecom suffered a communications disruption for about 20 minutes at 6 p.m. in Korea, and it took more than five hours to completely restore service. After receiving a surge of customer complaints, the company announced that it will compensate customers who had experienced inconveniences from the network failure.

In the United Kingdom on the same day, a similar event occurred. EE, the largest and best telecommunication company in the United Kingdom, had a major outage at 7 p.m. On Twitter, EE posted, “There seems to be some Gremlins in the system,” along with a scene from the 1984 film of the same name. The company admitted that it was aware of the outage and was working to fix it, injecting a hint of humor. About 14 hours later, it announced that the problem was identified and resolved.

While users had a different experience, for many people, the “no service” sign disappeared the next day, unlike what EE claimed. My phone was one of them. Nineteen hours after the system crash, I received a message: “Some customers were unable to use our network last night and we’re very sorry if you were one of them. Our engineers have now resolved the problem. We’ve identified that some phones may need to be switched off and on again to ensure that service is fully restored.”

The replies on the EE’s tweet were mostly, “Mine is not working” and “Thanks for letting me know of the problem.” Some customers complained that the Gremlins joke didn’t help, so they would officially file a complaint. Considering the reaction of the customers, the media didn’t make a big deal out of it.

It is not that the Brits don’t feel any less frustrated. According to “Watching the English: The Hidden Rules of English Behavior,” they have a sense of resigned acceptance that “things are bound to go wrong, that life is full of little irritations and difficulties and that one must simply put up with it.” In other words, the English have a “grudging forbearance.”

Is the telecommunications service in the United Kingdom substandard? It certainly is not on par with Korea in terms of network coverage and speed, but the level of service itself is actually much more reasonable. Considering the price level, communications fees are more affordable.

The telecommunication service is not the only field that reflects the British sentiment. It took me a few days to open a bank account in the United Kingdom, but once I started doing business with the bank, I noticed that it frequently checked and verified my transactions. Many foreigners are impressed with the British system. For everything in life, we have trade-offs. As resources are limited, one country may be better in certain ways that other countries are not, and vice versa.