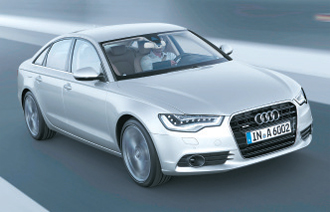 The Audi A6 3.0 TDI quattro, a winner of several design awards.

Behind the success of Audi in the premium automobile market lies the motto of the company, “Vorsprung durch Technik,” or “Advancement through Technology.”

Audi has set many historical records in the car industry, including the development of the first car that moved on its front wheels in 1931, the first car to drive at a speed faster than 400 kilometers per hour (248.55 miles per hour) in 1937 and the first vehicle crash test in 1938.

Audi’s innovation continues to today, and the company remains in the leading position in many areas. And its advance is focused not only on the performance of vehicles but on the sustainability of its products.

One of Audi’s most remarkable technologies is the turbo direct injection (TDI) diesel engine. The engine, considered the pioneer of the diesel engine, reduced noise, shock and carbon dioxide emissions. The engine is both cleaner and stronger than other diesel engines.

Audi Space Frame (ASF), a car with a purely aluminum body, also contributes to the quality of Audi autos. Since it was first introduced to the public in 1993, the ASF has improved further. The body is now much lighter than the regular steel body, allowing for fuel efficiency and optimum performance for the engine and transmission. The aluminum body is also eco-friendly.

Design is also a factor that makes Audi owners proud. A single frame design has been applied to Audi’s cars from 2004, and the company’s single-frame A8, A6 and A4 vehicles have won several awards since then.

Recently, LED lights were applied to the headlights, side-view mirrors and rear lights, adding a new twist to the simple but classic design of Audi automobiles.

“Audi will continue to advance to be the ‘Future Icon’,” said an Audi official.