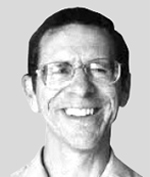 Congratulations to the winners of the 2014 Intel Science Talent Search. But why all the hoopla? Such contests are fraught with misconceptions.

For instance, The New York Times columnist Thomas Friedman said that the Intel competition “identifies and honors the top math and science students in America, based on their solutions to scientific problems.” This isn’t the case. The contest doesn’t rank talent in the same way we identify the fastest hurdlers or longest jumpers.

First of all, most top science and math students don’t participate in such national contests. The commitment required is scary, and even energetic, motivated students may think their time is better spent on other pursuits. Participation in these competitions is largely a function of what school one attends. When Westinghouse ran the event, there were “Westinghouse schools,” with special programs designed to encourage participation, and today some schools have turned this into an art form.

Second, the project-oriented contests such as Intel aren’t measures of scientific brilliance. Yes, those who succeed are bright, extraordinarily dedicated kids. But the ideas for the centerpiece of the contest, the student’s research project, often originate with the student’s university mentor. The student will join a project already in progress and be given a piece to work on. During that work, the student will come up with ideas for refinements, but a focus on “their solutions” is exaggerated. Those “High School Student Finds Cure for Cancer” headlines are seriously misleading.

Martin Rocek, a university mentor for one Intel semifinalist, recounted for the New York Times how he interacted with the student. Rocek found a “not exceedingly technical” topic in math, gave the student tutorials and suggested the calculations to be done. A past winner of the Intel International Science and Engineering Fair told the STEM education newsletter Metroplex Math Circle about choosing among projects offered by her university mentor.

Professor Miriam Rafailovich, who runs an organized mentoring program for high school researchers at SUNY Stony Brook, told me in an email interview that the contestants “get massive coaching from the schools.” There is even a how-to book, “Success With Science: The Winners’ Guide to High School Research,” written by winners of these national science competitions.

As the book and Rafailovich point out, a big motivation for many contestants is to bolster their admission chances to selective colleges. That is a fine goal, but it also explains why many contestants have immigrant parents - who often have a “Harvard or bust” viewpoint. Those kids are more likely to participate. Given that the contests don’t really measure pure scientific talent, the demographics of the winners’ lists shed little light on what U.S. immigration policies should be in terms of maintaining excellence in science research.

One gets the impression that the victorious students, whatever their backgrounds, will pursue careers in scientific research, helping to maintain U.S. excellence in the field. In reality, they often don’t take this path. Professor Rafailovich says the top career choice is now business. Perhaps some will eventually do something in business related to science, but that isn’t the same as doing scientific research. In the past, many winners have gone on to become doctors - a worthy career, but again not the science track we have assumed they would pursue.

None of this is to denigrate the achievement of the obviously very talented and resourceful young people who won the Intel Science Talent Search this year. They not only conducted the research but also had to cogently explain highly technical material to contest judges. Good for them. Let’s just not draw any larger lessons from their impressive individual achievements.

By Norman Matloff, Professor of computer science at the University of California at Davis