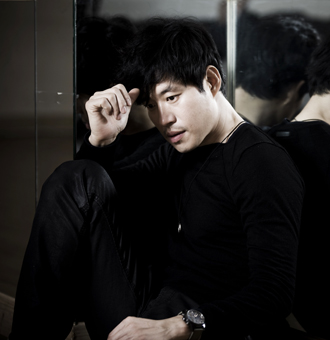 Frankenstein and his monster have long been some of most famous characters in popular culture. Mary Shelley’s original narrative about “The Modern Prometheus” has inspired many creators to come up with different adaptations: on film, in plays and as a musical. On March 11, Chungmu Art Hall began staging the original production of the musical “Frankenstein” to celebrate the 10th anniversary since its opening. The show features some of the most prominent performers in the Korean musical scene. The JoongAng Ilbo sat down with actor Yoo Jun-sang, who plays Victor Frankenstein.

Q. How would you describe your interpretation of Victor Frankenstein?

A. Victor Frankenstein is a genius, and yet, at the same time, his very ingenuity creates a monstrous creature that attempts to take revenge on him. When we had the first meeting to go through the script, I couldn’t help crying in the middle of the run-through, and I burst into tears whenever we rehearsed for the performance. I had to train myself to manage the song, even in the middle of tears.

The reason I kept crying was because an important question struck me: “Why have I been so hungry for success?” And that made me reproach my own self. It is human greed that leads men to go blind. Because of such obsession, people do not enjoy good times with their loved ones. Frankenstein also taught me that, in essence, humans are lonely beings. I feel a sense of accomplishment for confronting the essence of human nature.

The musical “Frankenstein” is an original production of Chungmu Art Hall. Could you describe the performance?

In the musical, every actor plays a double role. For me, I took Victor Frankenstein and Zach, a cold-blooded, greedy owner of a fight club. The reason why each actor plays two roles is because the production team wanted to present the idea that people are greedy, regardless of who they are.

How did you start your career as an actor?

Since I was young, I loved to play musical instruments, like the piano and the guitar, and I had a knack for singing. When I first saw the musical “Peter Pan,” played by Korea’s legendary musical performer Yoon Bok-hee, I started to dream of following her path. Through studying acting in the College of the Arts at Dongguk University, I grew a step closer to my dream. After graduating, I finally made my debut in the play “Foes of Women” in 1995, and I continued to appear in different plays, including “Grease,” “The Three Musketeers” and “The Days.” I am quite proud of the fact that I witnessed how Korea’s musical scene has developed throughout the years.

You seemed to be concerned with “surviving” in today’s musical scene, even though you are one of the top choices among casting directors for musicals these days. Why is that?

Well, there are a lot of rising stars who studied vocal music in college. That means mere affection for music cannot guarantee your spot on the stage. As I am among the oldest stage performers in Korea, I dream to stay on stage as long as I can. That’s why I started to take weekly vocal lessons from 2008; I record each lesson and listen to it over the week to review the previous week’s lesson.

What do you think about the licensed-production musical trend in Korea?

As for me, the freedom of interpretation is the biggest issue in licensed-production musicals. Some of the biggest producers require local actors to conform strictly to the original script, such as directing “five steps to the right.” I don’t want to be part of such productions, which block room for the actors’ own interpretation of the characters. I’ve worked with producer Wang Yong-beom on two productions, “Three Musketeers” and “Jack the Ripper.” He lets me freely illustrate my character. Starring in the original production of the musical “Frankenstein” is very meaningful project for me, because the whole process of creating a whole new result fascinates me. I am trying to put forth everything inside me to come up with a great result.