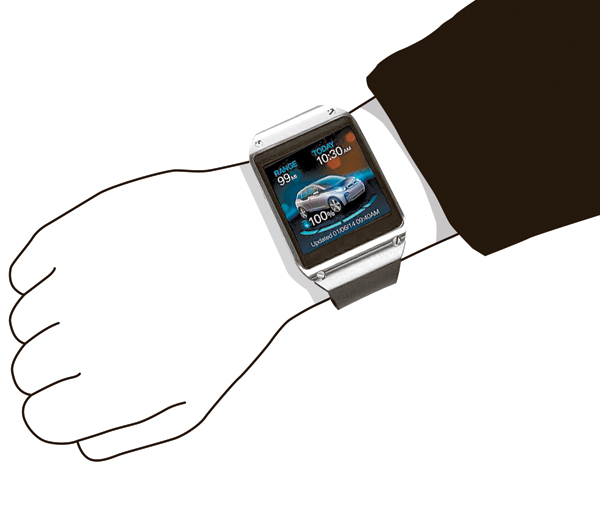 On a December morning in 2020, Ms. Kim grabs her smartphone as soon as she opens her eyes. She taps her phone a few times, and the toaster and coffee maker turn on.

After finishing her breakfast, Ms. Kim gazes into the mirror while brushing her teeth. The weather pops up on the mirror, “current temperature 8 degrees Celsius (46.4 Fahrenheit).” Turning on the heat in her car, she continues to get ready for work.

At work, she holds a hologram meeting with a co-worker in London.

This is how we will live in six years with a fifth-generation mobile service that is as much as 1,000 times faster than 4G long-term evolution (LTE) service.

As 5G meets the Internet of Things (IoT) technology, in which all kinds of devices will be connected via the Internet, many Koreans will find themselves living like Ms. Kim.

Back then, car phones were the ultimate symbol of wealth. The Motorola car phone was considered a “brick phone” due to its size and weight, and it cost 3.3 million won ($3,058) at a time when a new car cost about 5 million won.

In 1984, there were 2,658 subscribers to the mobile telecommunications service. The number of subscribers exceeded 50 million in 2010, and there were 37.8 million smartphone users as of the end of January of that year.

In the mid-1990s, no one could imagine video calls and mobile television.

Yet the IT industry is poised for an even more drastic technological change in the next five to six years. With 5G technology, data transmission will be as fast as 100 gigabits per second. It will allow subscribers to download an 800 megabit movie in one second, compared to 7.2 minutes via 3G and 43 seconds on LTE-Advanced networks, which use multiple network bandwidths.

But the best part of 5G mobile telecommunication is not just about being able to watch high-quality videos. When the speed is married with Internet of Things (IoT) technology, all items in daily life can be connected and will perform independent tasks, even without human control.

The industry predicts that about 50 billion devices will be interconnected by 2020, when the 5G service is commercialized. The convergence of future technologies will let refrigerators automatically check for recipes that use ingredients stored inside them. When people put food into the oven before going to work, they will be able to cook it remotely through their smartphone.

Wearable smart devices like watches and eyeglasses will offer individualized services based on Big Data.

Traffic lights will be part of a customized signal system that monitors traffic volume and trends and communicates with vehicles to make driverless cars common technology.

“The main job of mobile carriers is to develop various convergence-based services that will bloom with a bullet-fast and wide-data network, and eventually to contribute in preparing Korea’s future economic growth engine,” said Yoon Yong-chul, head of corporate communications for SK Telecom.

The Ministry of Science, ICT and Future Planning recently finalized a set of development strategies with the goal of commercializing 5G technology by 2020. The government and the private sector will invest 1.6 trillion won in R&D projects for telecommunication chips and other related technologies, constructing network infrastructure, and into projects to make the international standardization. The United States, China, Japan and European countries have already started developing 5G-related technologies and are working on standardizing them.

“The 5G network market will generate a total of 331 trillion won from 2020 to 2026. Also, various telecommunication services from local mobile carriers will form another market worth about 68 trillion won,” said Yoon Jong-lok, second vice minister of science and ICT. “5G will create a new business ecosystem by vitalizing many industries and being a catalyst for Korean technology to explore overseas markets.”