[Sponsored Report] A message from the Bangladeshi president

[Sponsored Report] A message from the Bangladeshi president 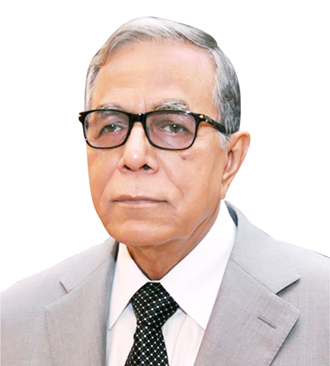 On the eve of our great Independence and National Day, I extend my heartfelt greetings and felicitations to the fellow countrymen living at home and abroad.

The great Independence Day is a glorious one in our national life. We achieved our long-cherished independence through a nine-month long armed struggle and manifold forbearance and patience. Today, I recall with deep gratitude the heroic martyrs who made supreme sacrifices in achieving our independence. On this historic day, I recall with profound respect Father of the Nation Bangabandhu Sheikh Mujibur Rahman who proclaimed country’s independence despite myriad challenges and odds. I also recall with deep reverence our four National Leaders; valiant freedom-fighters, organizers, supporters and people from all walks of life for their unmatched contributions and courageous role that accelerated the achievement of our victory. The contributions of those valiant sons would be written in golden letters in the history of our independence forever.

One of the prime objectives of our hard-earned independence was to build a happy and prosperous Bangladesh. Keeping that in mind, the Government has been putting untiring efforts in materializing the objectives of independence. We have been achieved some significant progress in the fields of agriculture, education, health, rural infrastructure, communication, energy and power, trade & commerce, ICT, SME, youth & sports, women and children, women empowerment, etc. in our national life. At the same time we have also attained notable development in private sector including the area of readymade garments, pharmaceuticals, ceramic and ship-building industry. The Government is also very sincere to establish the rule of law, human rights in the country. Our achievement in international arena is also commendable. Bangladeshi Peacekeepers, under the auspices of the United Nations, have brightened the country’s image abroad by presenting their professionalism and competence. Our expatriate Bangladeshis have also been making significant contributions to our national economy through sending their hard-earned foreign currencies. Nevertheless, we have to go a long way for achieving the desired goals of independence and building a happy and prosperous Bangladesh. I believe concerted efforts from all strata irrespective of party affiliation are imperative in this regard.

The people of our country are democratic and peace loving. They reject all sorts of violence including militancy and terrorism with abhorrence. It is imperative that the overall development of the country is not possible without the flourish and institutionalization of democracy. Tolerance, fortitude and mutual respect are the preconditions for thriving democracy. Therefore, we have to maintain patience, self-restraint, forbearance along with showing respect to others’ opinion in a democratic pluralism. Let us make our Jatiya Sangsad a centre of excellence in resolving our national issues through discussion. I am confident that everyone would play one’s responsible role in fulfilling the hopes and aspirations of our people. The present Government has declared ‘Vision 2021’ for attaining ‘Golden Bangla’ dreamt by Bangabandhu. It is my conviction that through implementing the ‘Vision’ people from all strata would contribute to build an IT-based happy and prosperous Bangladesh from their respective position by the golden jubilee celebration of our independence.

On this auspicious day of independence, I urge all living at home and abroad, to work unitedly imbued with the spirit of War of Liberation in order to expedite overall development and democratic advancement of the country.