W500 million a day Daeju judge in the hot seat

W500 million a day Daeju judge in the hot seat 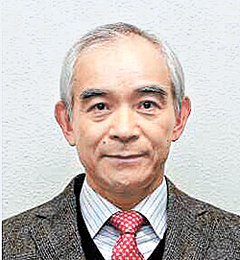 After the public backlash over a court’s decision to allow a disgraced chaebol owner to pay off a 25.4 billion won ($23.5 million) fine by spending 49 days in a prison labor house making tofu, the Supreme Court said yesterday that it began reviewing the prison labor system to fix problems.

And it turned out that the judge at an appellate court in Gwangju who gave the controversial ruling, Jang Byung-woo, 60, has been stationed in the city for 29 years and may have had improper connections with the Gwangju-based chaebol at the center of the case, the Daeju Group.

The 72-year-old former Daeju chairman, Huh Jae-ho, was arrested Saturday upon his arrival from New Zealand and sent straight to a prison labor house.

Huh spent four years overseas in an attempt to avoid paying the 25.4 billion won fine for tax evasion and embezzlement.

In an appeals ruling in 2010, Judge Jang handed down a two and a half year prison term, suspended for four years, and ordered Huh to pay a 25.4 billion won fine.

Then the court set the value of Huh’s labor at 500 million won per day.

“We took into consideration that he paid a part of 81.8 billion won tax imposed by the authorities and tried to save his company with his own wealth, as well as his contribution to the local economy,” said the judge in his verdict.

A court has the authority to determine the amount of daily labor for a convict by taking into consideration the scale of the fine and the defendant’s age.

The minimum amount a court can set for daily labor is 50,000 won.

Under current law, a convict ordered to pay a fine by a court must do so within 30 days or complete mandatory labor at a prison for up to three years.

According to the Gwangju Correctional Institute, Huh is spending eight hours a day making paper shopping bags, tofu or furniture.

Jang, who now heads the Gwangju District Court, was reported by the JoongAng Ilbo yesterday as saying that it was not appropriate for a judge to discuss a legal case that has already been settled.

“The court’s decision [on the value of Huh’s labor] is full of nonsense,” said the Democratic Party’s Woo Won-shik during a party leadership meeting yesterday at the National Assembly. “It is beyond deplorable that a person who embezzles an amount of money not even imaginable by common people can be freed after 49 days in the work house.”

The now-disbanded Daeju Group was once the country’s 52th-largest company by assets with 15 subsidiaries, contributing to the local economies of Gwangju and South Jeolla, where the company was headquartered.

The conglomerate fell apart in 2010 when Daeju Construction went bankrupt.