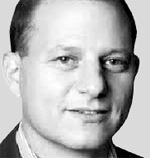 It’s time to call the 2022 World Cup in Qatar by its proper name: A humanitarian crisis.

The latest and most compelling evidence to date arrived in a special report, delicately titled the “Case Against Qatar,” issued by the International Trade Union Commission. The report delivers a litany of shocks, including this staggering estimate: Some 4,000 migrant construction workers will die in service to the 2022 Cup before it even begins.

That’s actually a conservative estimate. About 1,200 workers have died since 2010, when Qatar was first awarded the tournament. Construction is only just beginning to ramp up. The 10 or so stadiums that remain to be built are but a small fraction of the World Cup projects on the books. There will be a new airport, subway lines, roads, 100-plus hotels and so much more. As the opening kick-off approaches, hundreds of thousands of additional migrant workers - who already make up more than half the country’s population of 2 million - will flood into Qatar.

They can look forward to sharing a single room with eleven other workers - along with a single toilet - in labor camps run by slumlords and patrolled by security guards. Leaving the country is not an option; employers confiscate workers’ passports. Maybe if you’re lucky, after several years of service your company manager will allow you to go home for a few days to visit your loved ones; that is, if you leave a deposit of a few hundred dollars to ensure your return to work.

But let’s get back to the report and those 4,000 or so anticipated fatalities:

“Whether the cause of death is labeled a work accident, heart attack (brought on by life-threatening effects of heat stress) or diseases from squalid living conditions, the root cause is the same - working conditions.”

Needless to say, Qatar has gone way beyond the palm-greasing and forced relocation of the poor that often accompany the preparations for grand international sporting events. In the course of Brazil’s 2014 World Cup construction boom, a crude and slapdash affair, a total of seven workers have died. The 2010 World Cup in South Africa produced a death toll of two. Here’s a more useful point of comparison, captured in a provocative headline on the website Deadspin: “Report: Qatar’s World Cup Expected to Take More Lives than 9/11.”

As a general rule, FIFA deflects responsibility for the behavior of its host countries. We’re just a football organization, not a lawmaking body, FIFA likes to say. It has called the situation in Qatar a “complex matter.”

Given Qatar’s callous disregard of so many lives, comparing the country’s behavior to an act of terrorism may not be entirely over the top. And however FIFA tries to spin this, the organization is complicit. At what point will it draw the line? Are 2,000 dead too many? Will FIFA take action when the toll of apparently disposable migrant workers surpasses 3,000? The International Trade Union Commission’s estimate of the dead represents a massive moral failure. Allowing it to be realized would be criminal.