Bieber gets more tattoos - in Korean

Bieber gets more tattoos - in Korean 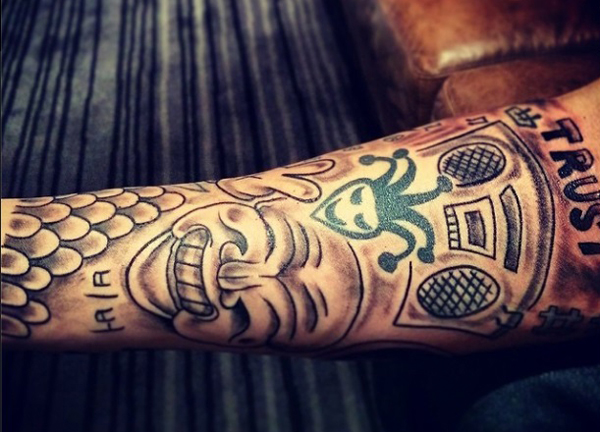 Under a photo caption that read “I love you Korea,” the 20-year-old singer showed off a brand new tattoo of a Hahoe traditional mask inked on his right arm, along with “Bieber” written in hangul right below it.

In addition to the Hahoe mask and “Bieber,” the pop star added some fish scales, a boom box, and the word “Trust” all in caps to the same arm.

Bieber performed in Korea for the first time last October at Olympic Park in eastern Seoul.