Diaz talks getting cheating on

Diaz talks getting cheating on 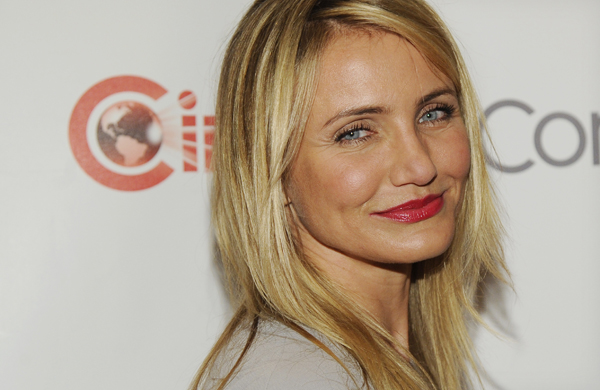 LAS VEGAS - If you count yourself among those who’ve never been cheated on, Cameron Diaz has these words of wisdom: It will happen, or it’s already happened and you just don’t know it.

The actress gave her perspective on relationships as she and Leslie Mann promoted their new comedy, “The Other Woman,” at CinemaCon, the annual convention of movie exhibitors.

The two ladies joked around with each other as they talked about the film, in which Diaz’s character discovers her boyfriend is actually married to Mann’s character and the pair team up to seek revenge.

In real life, Diaz insists that everyone has been the victim of a cheating partner.

“At some point in your life, everybody has been cheated on,” she said, laughing. “I’m not saying that the relationship you’re in currently, you’re going to get cheated on, but eventually or maybe in the past it’s happened.”

The 41-year-old actress also weighed in on the “conscious uncoupling” of her friends Gwyneth Paltrow and Chris Martin.

The actress and musician were married in 2003 and have two children. They announced their split on Tuesday in a message on the actress’s blog titled “Conscious Uncoupling.”

Diaz says they’re handling divorce the right way “because everybody is interested and they are giving them the truth.”