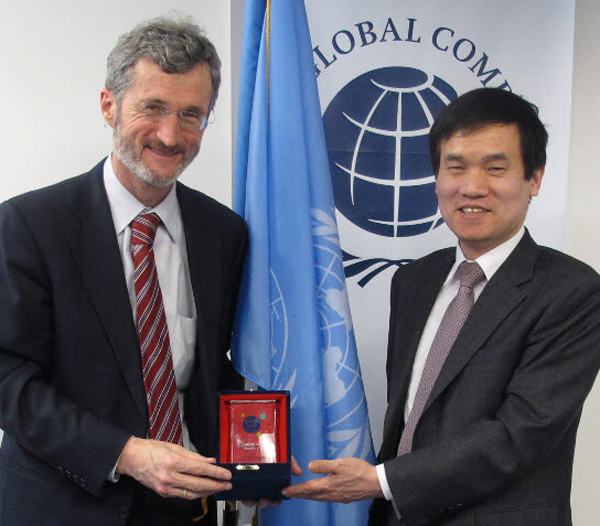 The chairman of a state-run anticorruption body departed for the United States this week as part of a trip to forge stronger ties with other antigraft bodies there and promote the agency’s efforts in fighting corruption.

During his five-day visit, which ran from March 25 until today, Chairman Lee Sung-bo of the Anti-Corruption and Civil Rights Commission (ACRC) will meet officials from the World Justice Project and the United Nation’s Department of Economic and Social Affairs.

Lee met with Georg Kell, the executive director of the UN Global Compact, on his first day to discuss ways to increase transparency in Korea.

The chairman also paid a visit to the World Bank and the U.S. Office of Government Ethics to promote its legislative efforts to introduce tougher laws against high-ranking officials whose business or political motives are self serving.

Founded in 2008, the ACRC is devoted to addressing public complaints, filing administrative appeals and proposing and implementing stronger legal frameworks to combat corruption.