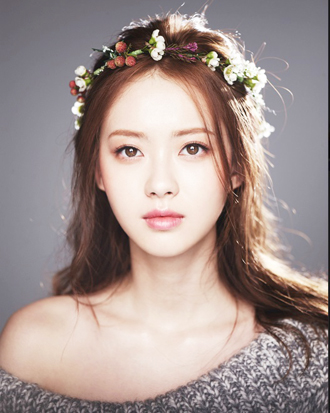 Thanks to last year’s mega-hit television drama “Respond, 1994,” actress Go Ara has emerged as one of the hottest players in the entertainment industry. The 24-year-old actress will return to the small screen in a new SBS drama tentatively titled “You’re Surrounded.”

In the new drama, Go will join Cha Seung-won of “The Greatest Love” (2011) and singer-actor Lee Seung-gi.

“Ara will act as a rookie detective and portray her upbeat character throughout the story,” SBS said in a press release last week.

“The drama depicts the lives of young detectives in the Gangnam Police Precinct in southern Seoul, who are struggling to become capable agents. Lee Seung-gi, Go Ara and rookie actors, including Ahn Jae-hyeon of ‘My Love From the Star,’ will join the team.”

The broadcaster added that Cha, 44, will star as the young detectives’ boss.

Meanwhile, Go posted a photo on her Twitter account to celebrate the start of the drama’s filming.

SBS announced that the first episode of “You’re Surrendered” will air by the end of April.