Behind the scenes with Huawei’s man in Korea

Behind the scenes with Huawei’s man in Korea 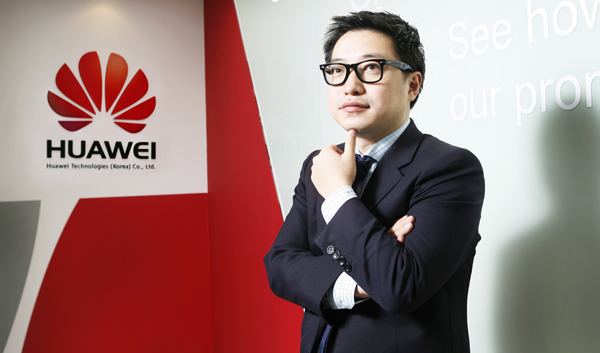 We all use the Internet, smartphones, Wi-Fi and LTE networks, but many may not be aware that behind the devices and services we use is Huawei Technology Korea, a leading global ICT solutions provider.

Huawei is a Chinese multinational network and telecommunications equipment and service company headquartered in Shenzhen, Guangdong.

It is the largest telecommunications equipment maker in the world, having overtaken Ericsson in 2012, and its products and solutions are in more than 170 countries, serving a third of the world’s population.

Better known in Europe and other parts of Asia for consumer electronic devices such as smartphones, Huawei’s business focus three-pronged: carrier networks, enterprise and consumers.

It was founded in 1987 as a private company owned by its employees.

Huawei Korea was incorporated in 2007 and has supplied network equipment to SK Telecom, KT and LG U+.

It has about 100 employees in Korea.

Huawei has been a significant buyer of parts from Korean businesses and last made purchases totaling $635 million last year.

Ding Neng joined Huawei Technologies in 2006. Since then, he has held a number of senior roles, including product and solution director, sales director and chief operating officer in the Huawei Nigeria office. During this period, he was a key contributor to tripling revenue. Then Ding was chief operating officer of the Huawei West Africa Region before assuming his current role in late 2013 as president of Huawei Korea.

Q. What business area is Huawei focusing on in Korea?

A. In Korea, our main business has been providing necessary equipment for network carrier services to SK Telecom, KT and LG U+. We plan to continue strengthening cooperation with these three mobile carriers.

Although we have not put as much emphasis on the consumer and enterprise business in Korea, we are seeking to conduct business in these areas. Korea is a high-end market, and we are mobilizing high-end technologies and products to meet demand as we prepare to engage in the consumer market.

In addition, we have a wide range of solutions that can be provided, but we are not using all of them in the Korean market since not all solutions are demanded by Korean consumers. We provide what is necessary for Korean enterprises, consumers and the ICT market.

What is Huwei’s consumer business plan for Korea?

In the global market, Huawei’s smartphone shipments reached 48 million last year and for this year we plan to ship 80 million units. We are also making tablet PCs, which is an important product for our consumer business. However, we have not yet come up with specific plans for launching these products in the Korean market.

We believe Samsung Electronics and LG Electronics are doing well in the consumer electronics market here. Even if we enter this market, we will have to position ourselves in a complementary role to Samsung and LG or launch differentiated products.

What differentiated products would have a competitive edge over Samsung and LG?

In Korea, we are offering various devices and they are not only confined to smartphones and tablet PCs. They include telecommunications modules, chips and semiconductors that Samsung and LG cannot produce for their systems. For instance, in the ICT market, we are preparing for telecommunications modules that can connect electronic devices with smartphones through LTE networks or 3G networks. I think that is the competitive edge Huawei has.

Also, one of the advantages that we have is that Huawei has a subsidiary, HiSilicon, that makes a chipset unlike other IT companies. We can require unique designs through our chipset maker so as to provide differentiated features in chipsets compared to those provided by other vendors.

It seems like Huawei Korea is focusing more on the B2B business?

Until now, our position is more geared to the B2B sector, and our chipsets are used in a wide range of business areas. For instance, it can be applied to electronic devices, telecommunications systems, mobile equipment and set top boxes related to consumer products. 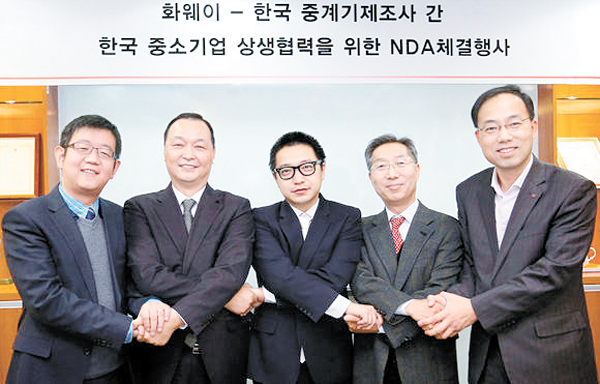 We have more solutions than chipsets, and whenever there is demand from Korean consumers, we plan to approach the market with better solutions. Currently, Huawei purchases about $1 billion worth of parts and chips from Samsung, SK Hynix and small and medium enterprises. However, our revenue in Korea is only $200 milion. We plan to gradually expand our business in Korea by closely watching the increasing demand for more products, solutions and services.

How would the Korea-China FTA create synergy between the two countries’ businesses?

The free trade agreement between Korea and China would definitely contribute to generating more trade between the two countries and other positive effects such as cutting costs and simplifying trade procedures.

The total amount of trade between Korea and China was $270 billion last year, and the number of businesses that trade with each other is increasing. By concluding the FTA deal, more profits would be generated in the two countries and companies would grow.

We are cooperating closely with Korean companies such as Samsung and purchasing parts from local companies. When the FTA deal between Korea and China is concluded, Huawei will be a direct beneficiary.

What do you think about the Park Geun-hye administration’s “creative economy” initiative, which puts greater emphasis on fostering the ICT industry?

I think that a lot of new business opportunities are generated when existing businesses cannot meet consumer demand. Huawei will be able to achieve more synergies in the creative economy by approaching the market with better solutions based on customer demand, complaints and dissatisfaction.

In response to the Korean government’s creative economy policy, Huawei is cooperating with small and medium enterprises (SMEs) in the R&D sector to achieve shared growth. For instance, since last year, we have been co-developing CPRI (common public radio interface) with two local SMEs for the 3band network project with LG U+.

These two companies have been registered as supply chain management companies of Huawei and they now have more opportunities to provide end-to-end solutions worldwide.

How is Huawei preparing for the Internet of things, big data and wearable device industries?

According to global IT market research firm Gartner, the market is expected to grow up to $10 billion by 2016 and many companies, including Huawei are investing in R&D and equipment in these industries. We are launching wearable products showcased at the Mobile World Congress in Barcelona in overseas markets.

We don’t have any specific plans to launch these wearable devices in the Korean market, however. This market is still in its early stage. Also, various vendors and manufacturers focus on releasing these products first, but still there is a room for better products to be launched. The entire consumer market, I think, is more focused on smart devices.

Huawei has grown through strategic alliances with various global IT companies and consulting companies. What are some examples?

Huawei could only have become the world’s largest telecommunications through cooperation with leading global companies.

We have consulted with IBM, Hay Group, Siemens and many more. Our Integrated Process Team in R&D was used through consultations with IBM. IBM consulted in R&D, while Hay Group consulted in HR and with Siemens, we cooperated in the transport business.

Our strategy is to strengthen our position and competitiveness in the market not only through consultations, but also through cooperation with enterprises in many different industries.

Shortly after its inauguration, Huawei Korea showed 3band carrier aggregation technology with the Korean mobile carrier LG U+. Is Huawei planning to commercialize the 3band technology?

We demonstrated the commercialization of 3band frequencies at the Mobile World Congress in Barcelona early this year. We already have the 3band technology, but the matter of when to commercialize the service is up to LG U+ and the decisions of the customers.

We will continue to cooperate with LG U+ in this sector, and we have been doing so with other carriers as well for the past 10 years in providing telecommunications equipment for fixed lines. 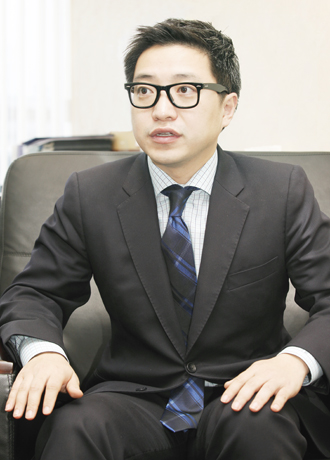