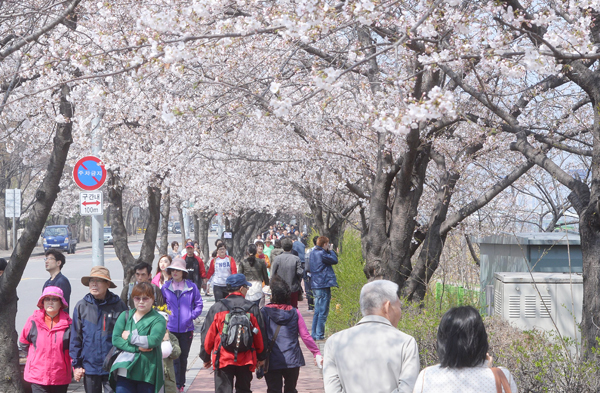 Cherry blossoms are blooming across the nation much earlier than usual, even before winter migratory birds visit Korea on their way north.

“When cherry blossoms start to show is largely affected by temperatures in February and March, and minor differences are caused by the weather changes right before the blooming,” said an official at the Korea Meteorological Administration.

Weather forecasters predict the blossom timing based on the estimate of temperatures for the whole of March, and the forecast will be wrong if March temperature forecasts are off the mark.

“Due to global warming, temperatures have gradually inched up in recent years. It was relatively warm last winter and spring came earlier this year,” said Ho Chang-hoi, a professor of earth and environmental sciences at Seoul National University.