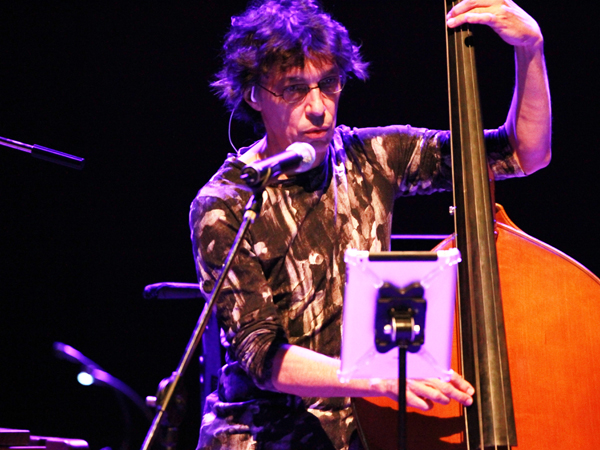 Today: As part of a series of concerts around Korea, the avant-garde ensemble Bang on a Can comes to the LG Arts Center, bringing their signature mix of genres and experimental styles. Famous for their Bang on a Can Marathon Concerts, which go on for hours as the audience comes and goes, Bang on a Can All-Stars is a shorter event, consisting of piano, cello, base, percussion, guitar and clarinet performances.

Saturday and Sunday: Original members of C’est Si Bon Friends” - Song Chang-sik, Yoon Hyung-joo, Kim Se-hwan and Lee Sang-byuk - are gathering for the first time in three years to present one of their biggest concerts yet.

April 8: From his collaboration with rapper B.O.B., “Nothin’ on You” in 2010, the Grammy-winning artist has captured the hearts of Korean listeners over the years.

Mars’s first tour in Seoul will include favorite tracks like “Grenade,” “Marry You” and “Just the Way You Are.”

April 19 to 20: In the 30 years since she made her debut with the song “Dear J,” Lee Sun-hee has established herself as one of the most successful divas in Korean pop music. For her concert expect to hear Lee’s many hits, plus songs from her newly released 15th album, “Serendipity.” The concert starts at 7 p.m. on Saturday and 5 p.m. on Sunday.

April 22: French singer Natalie Dessay, 48, is considered one of the great coloratura sopranos of today, especially for her bel canto singing. She became a star in 1992 by singing Olympia in Offenbach’s “The Tales of Hoffmann,” and subsequently won praise for many performances, including as Fiakermili in Strauss’s “Arabella” and Lakme in Leo Delibes’s “Lakme.”

For her concert in Seoul, Dessay will partner with pianist Philippe Cassard.

Expect to hear many of his biggest songs, like “Blow by Blow,” “Cause We’ve Ended as Lovers” and “Freeway Jam.”

May 6: John Mayer, a multitalented guitarist, singer-songwriter and seven-time Grammy award winner is visiting Seoul for the first time this May. The 36-year-old artist’s music ranges from blues to country, and some of his hits include “Your Body Is a Wonderland” and “Clarity.” Mayer debuted in 2001.

May 27: Croatian cellists Luka Sulic and Stjepan Hauser, together known as 2Cellos, are known for their experimental fusion of music genres including classical, pop and rock. Their rendition of Michael Jackson’s “Smooth Criminal,” posted on YouTube in 2011, went viral with more than three million views, and a video of their version of AC/DC’s “Thunderstruck,” performed in 18th-century garb, topped 14 million views in less than two months.

Tomorrow to Saturday: Celebrating 130 years of diplomatic relations between Korea and Italy, the two nations’ best opera singers will perform together under Italian conductor Giancarlo de Lorenzo. “L’Elisir d’Amore” (or “The Elixir of Love”) is about Nemorino, a poor peasant, trying to win the love of a beautiful, headstrong landowner with a fake love potion.

April 25 to 27: This ballet performance is directed by Nacho Duato, who won the Benois de la Danse prize. Inspired by Johann Sebastian Bach’s life, Duato combines baroque music and modern choreography on stage. Universal Ballet, which is celebrating its 30th birthday, collaborates with the Spanish director for the Seoul performance.

To April 30: “M. Butterfly” follows the tragic romance between French diplomat Rene Gallimard and male Peking opera singer Song Liling amid the Cultural Revolution in China. The play, written by David Henry Hwang, was inspired by Puccini’s opera “Madama Butterfly.” The show starts at 8 p.m. on weekdays, 3 p.m. and 6 p.m. on Saturdays, and 2 p.m. and 5 p.m. on Sundays and holidays. No show on Mondays.

To April 30: A Korean production of the musical “Wicked” is being presented in Korea for the first time. Adapted from the best-selling novel “Wicked: The Life and Times of the Wicked Witch of the West” by Gregory Maguire, the musical is an alterative view of L. Frank Baum’s famous story “The Wizard of Oz.” The musical starts at 8 p.m. Tuesdays to Fridays; at 3 p.m. and 8 p.m. Saturdays; at 2 p.m. and 7 p.m. Sundays and holidays. No shows on Mondays.

To May 11: Celebrating its 10th anniversary, Chungmu Art Hall will present the musical “Frankenstein.” Though the main plot is based on Mary Shelley’s novel, the Korean version reinterprets the story. The performance starts at 8 p.m. on weekdays, 3 p.m. and 7:30 p.m. on Saturdays, 2.p.m. and 6 p.m. on Sundays and holidays. There are no shows on Mondays.

To Saturday: Playwright Jeong Bok-geun teamed up with director Han Tae-sook once again to present the tragic tale of two sisters in this changgeuk, or traditional Korean opera, but with the addition of some modern elements. 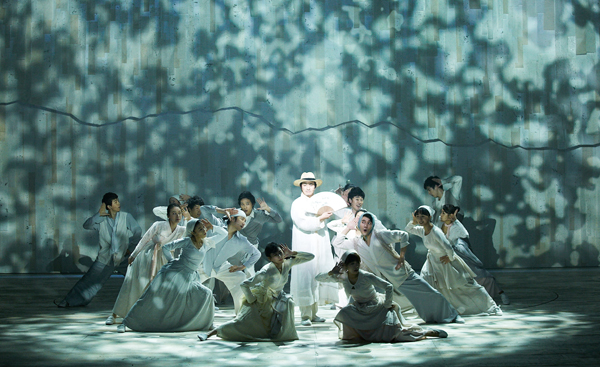 The musical, filled with sorrow and regret, added elements of contemporary pop to the original pansori numbers to appeal to today’s audiences. The performance starts at 8 p.m. weekdays, 3 p.m. and 7 p.m. on Saturdays, and 2 p.m. and 6 p.m. on Sundays and holidays. There are no shows on Mondays.

May 3 and 4: Now in its fifth year, Green Plugged Seoul has around 80 artists appearing this year, and there could be more to come.

The lineup on the second day includes indie band Monni, 9 and the Numbers, 1990s icons Hwang Shin-hye Band and the band Dick Punks. 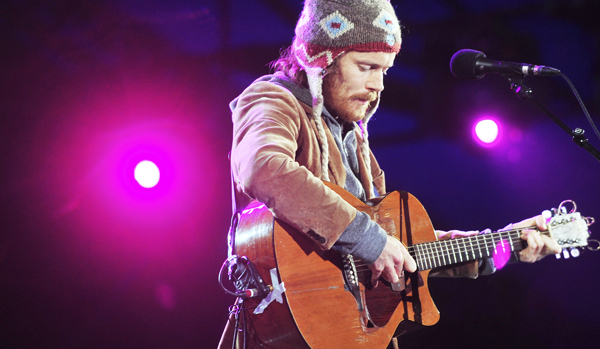 Irish singer-songwriter Damien Rice will be headlining the Seoul Jazz Festival in May. See FESTIVAL, right. Provided by the organizer

May 17 and 18: The annual two-day jazz festival, now in its eighth year, again presents some of the top musicians from Korea and worldwide. On May 17, the program will be headlined by British jazz-pop singer-songwriter Jamie Cullum, along with Craig David, Damien Rice, Scottish performer Paolo Nutini and the Jack DeJohnette Trio. As for the Korean lineup, familiar names on the bill include Urban Zakapa, Yoon Han and the Young Joo Song Quartet.