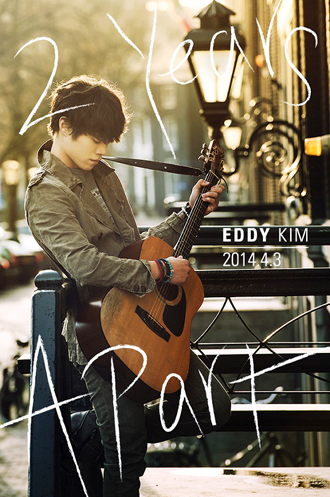 Another star of a reality singing competition show will release his debut album soon. Mystic 89, a recording company led by singer-songwriter Yoon Jong-shin, has posted an image of Eddy Kim to tease his debut single, “2 Years Apart.”

Eddy Kim, whose real name is Kim Jung-hwan, appeared on season four of Mnet’s “Superstar K” and, along with Roy Kim, Jung Joon-young and Dick Punks, he made it to the top six. Yet unlike his colleagues, he wasn’t able to debut right after the show because he was serving in the military while participating in the auditions.

After being discharged in October, Kim joined Yoon’s agency and has since trained with the company.